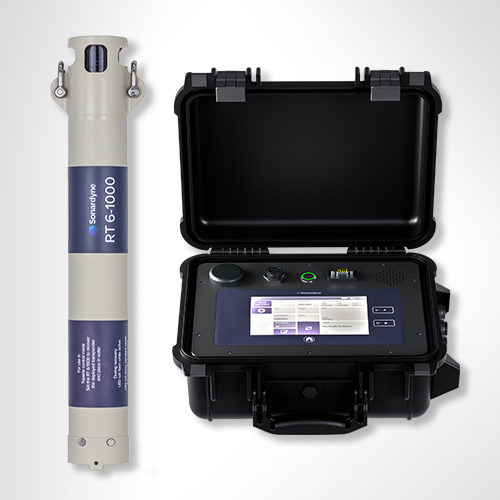 Deploy it. Track it. Locate it. Recover it. RT 6-1000 does it all. Our new entry-level acoustic release transponder has features that are far from entry-level. Such as 1,000 metre depth rating, battery life of over a year and release mechanism that won't let you down.

The reliable choice to deploy, leave and recover seafloor equipment and sensors

150 kg Working Load Limit to support your sensors and instruments

Recovering seafloor equipment? Fit the optional rope canister and it will do all the heavy lifting for you 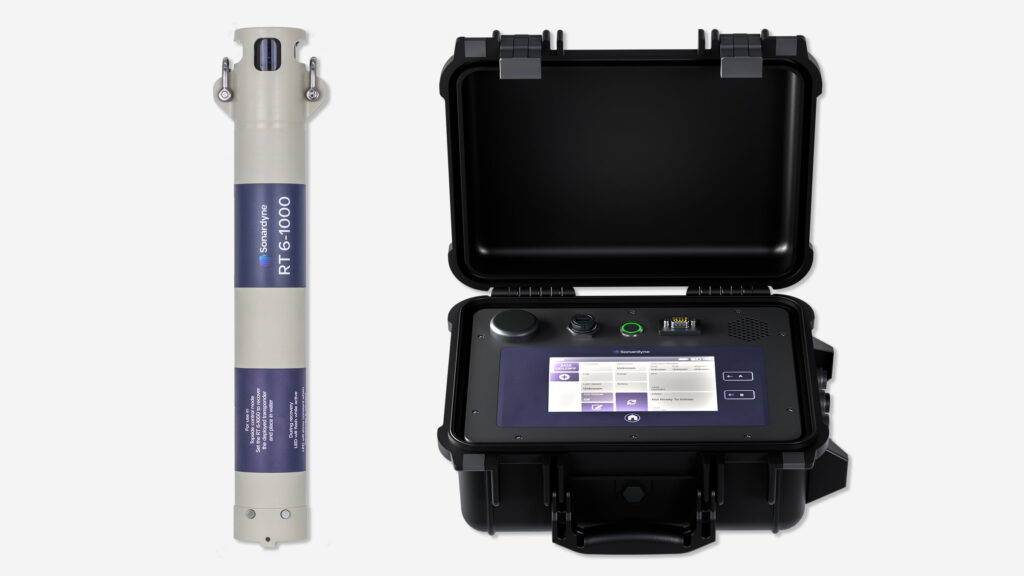 RT 6-1000s use a highly reliable, screw-off release mechanism proven over many years

Benefits of RT 6-1000 for your operations

There's a range of ways to command your transponder; Deck Topside, Android app, or any Ranger 2 USBL; Micro, Mini and Standard.

RT 6-1000 is more than just an acoustic release. It can be tracked with a Sonardyne USBL system making relocating and recovering it fast and simple.

If you’re a scientist, surveyor or in the military, you’ll know how essential an acoustic release transponder is when deploying and recovering seabed equipment and ocean sensors.

Reliability, endurance, payload and ease-of-use are all must-have features; everything you’ll find that comes as standard in the RT 6-1000.

For a start, it works with our family of Ranger 2 USBL tracking systems. So you can now deploy, track, locate and retrieve your moorings with topside equipment you’ll find installed on hundreds of survey vessels around the world.

If you don’t have access to Ranger 2, no problem. The RT 6-1000’s NFC capability means that it can be set up and controlled via our Android app or using an NFC reader connected to our Deck Topside. Then Android app can be used to configure a second RT 6-1000 which stays with you on the surface. For small boat operations, what could be simpler?

Alternatively, you can use our rugged and lightweight Shallow Water Deck Kit, comprising a Deck Topside with cabled Nano dunker.

And talking of moorings, the RT 6-1000 work down at 1,000 metres, twice that of many other release transponders available on the market. As well as going deeper, RT 6-1000 also operates for longer – around 13 months – perfect for year-long surveys so you can deploy it and forget about it. When it’s time to recover it to the surface – and the valuable equipment it’s attached to – its screw-off release mechanism won’t let you down.

An optional attachment for the RT 6-1000 is a rope canister that allows items left on the seabed, for example; tools, cables and salvage, to be quickly and easily hauled up. It works by mooring one end of the rope to the item on the seabed and the other end to the RT 6-1000 via the attached canister of rope. As the transponder ascends to the surface, high strength rope is deployed from the canister. This line can then be used to pull up the item directly or retrieve heavier tag lines. 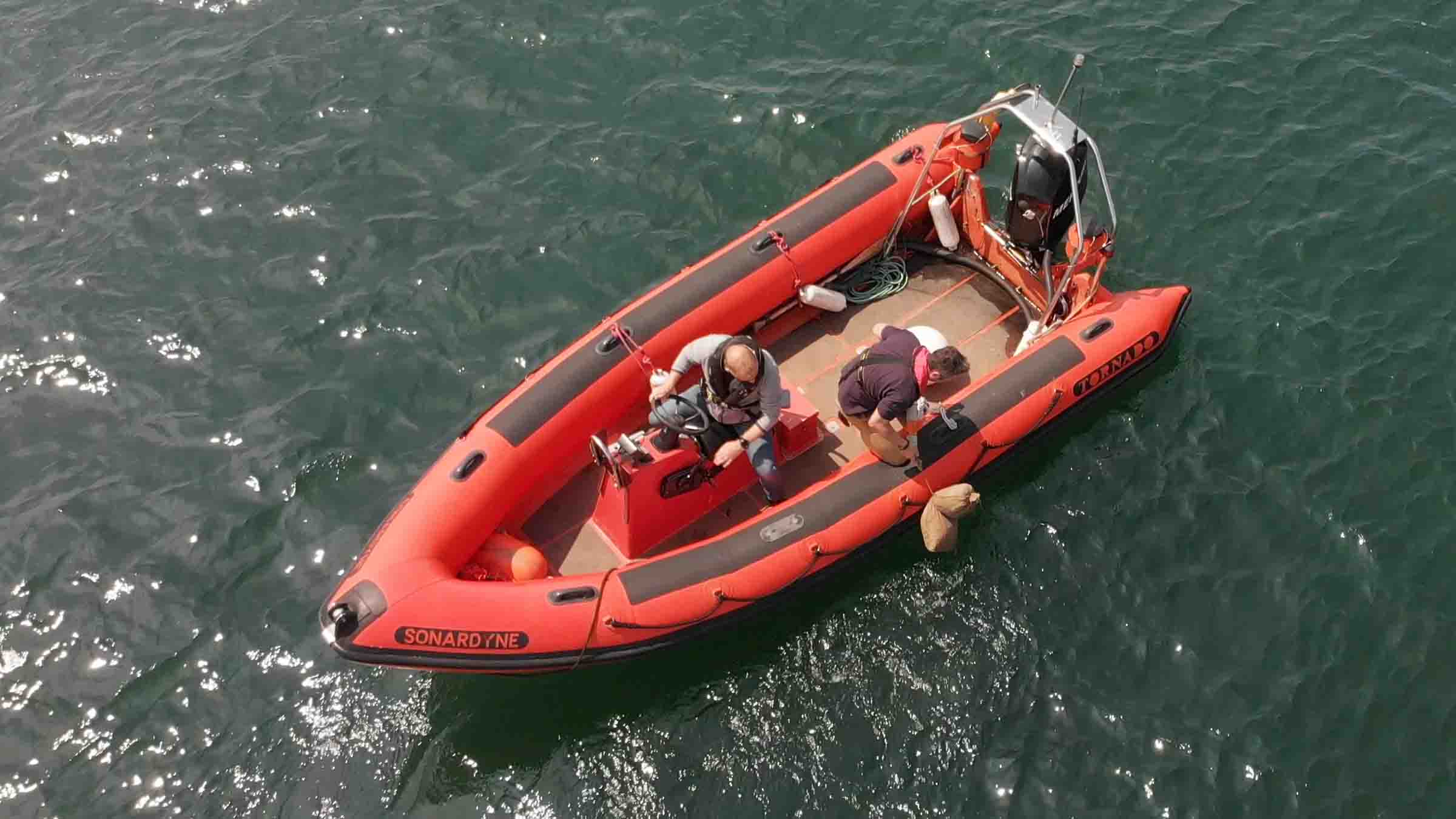 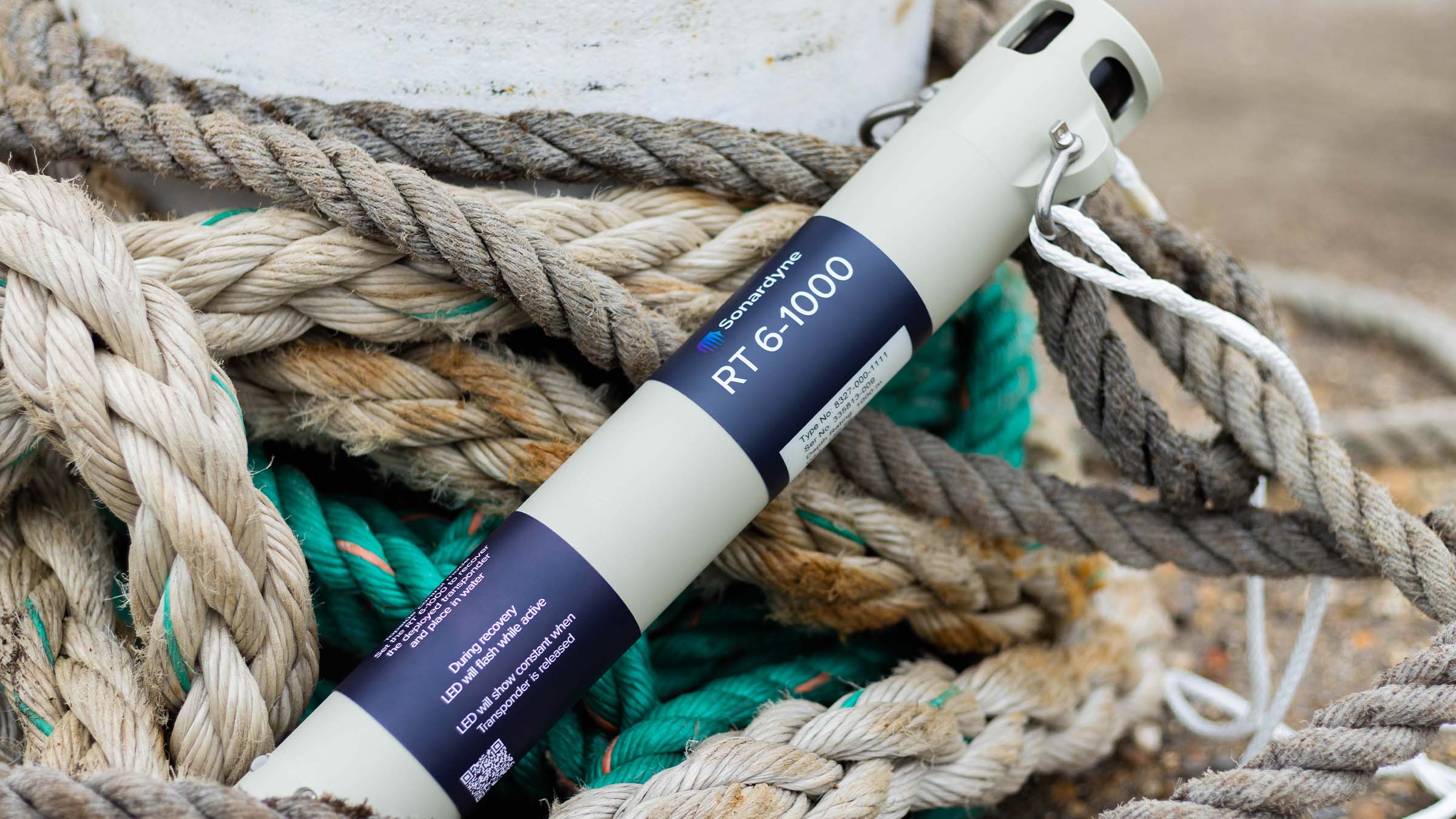 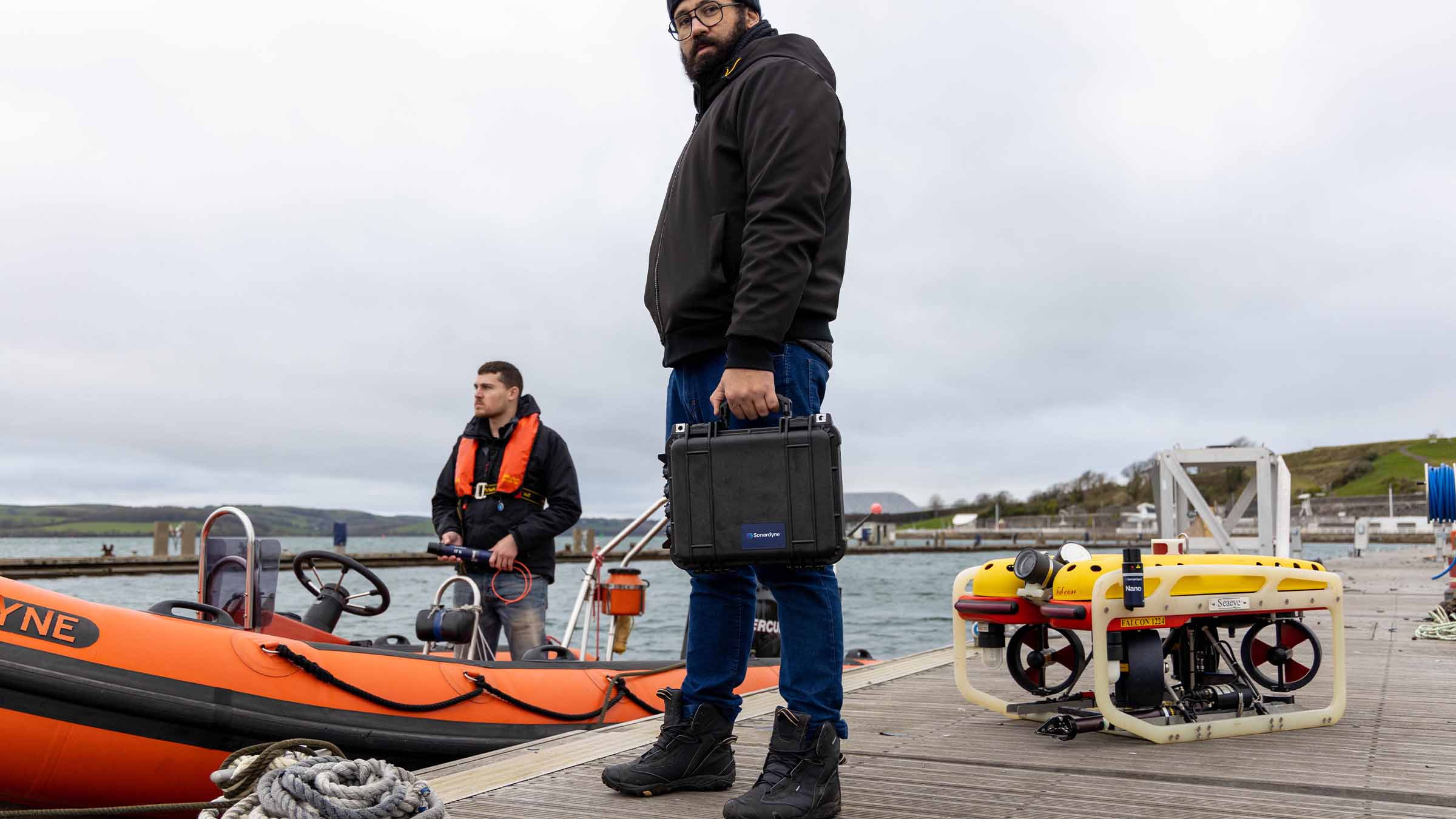 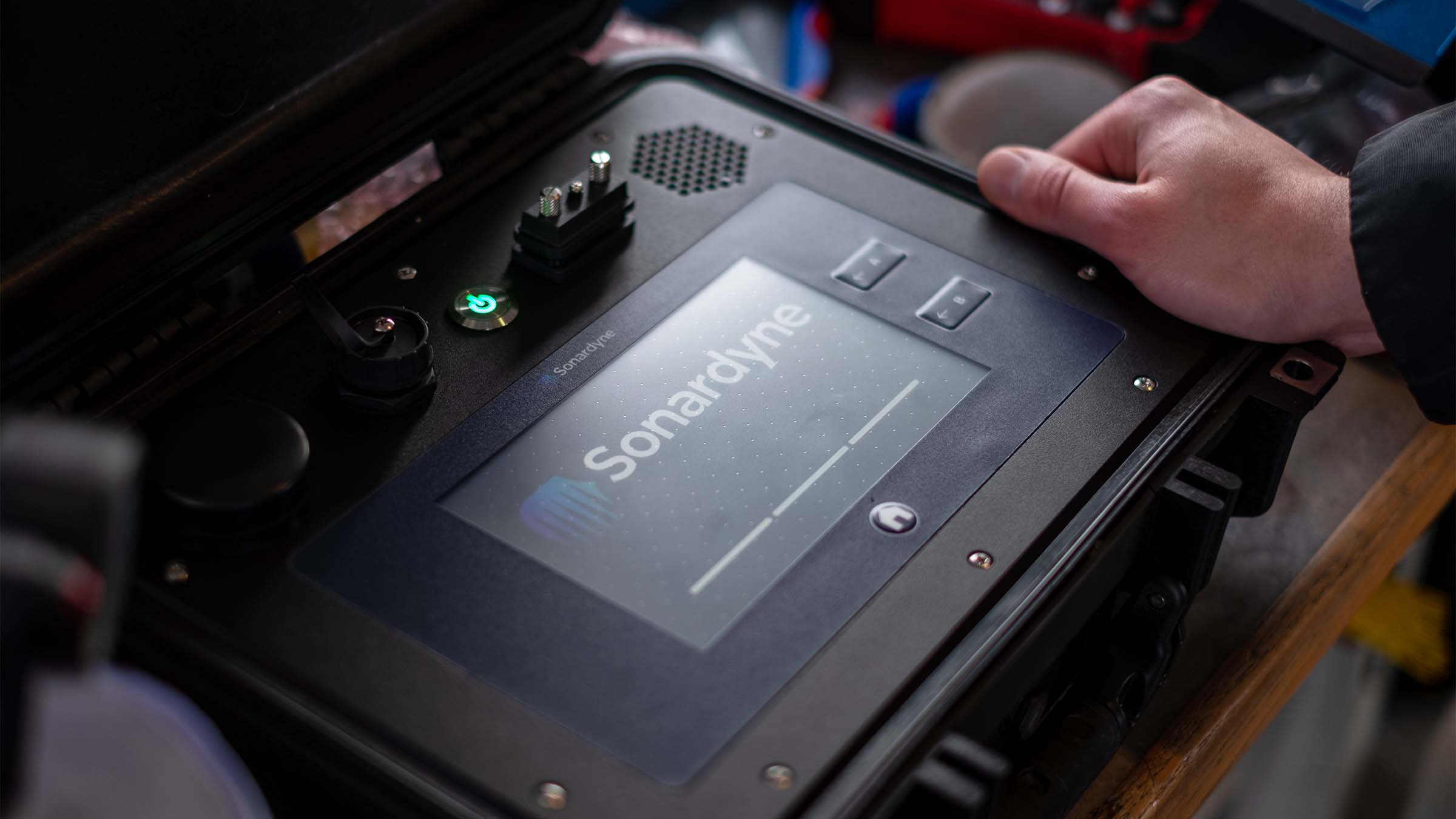 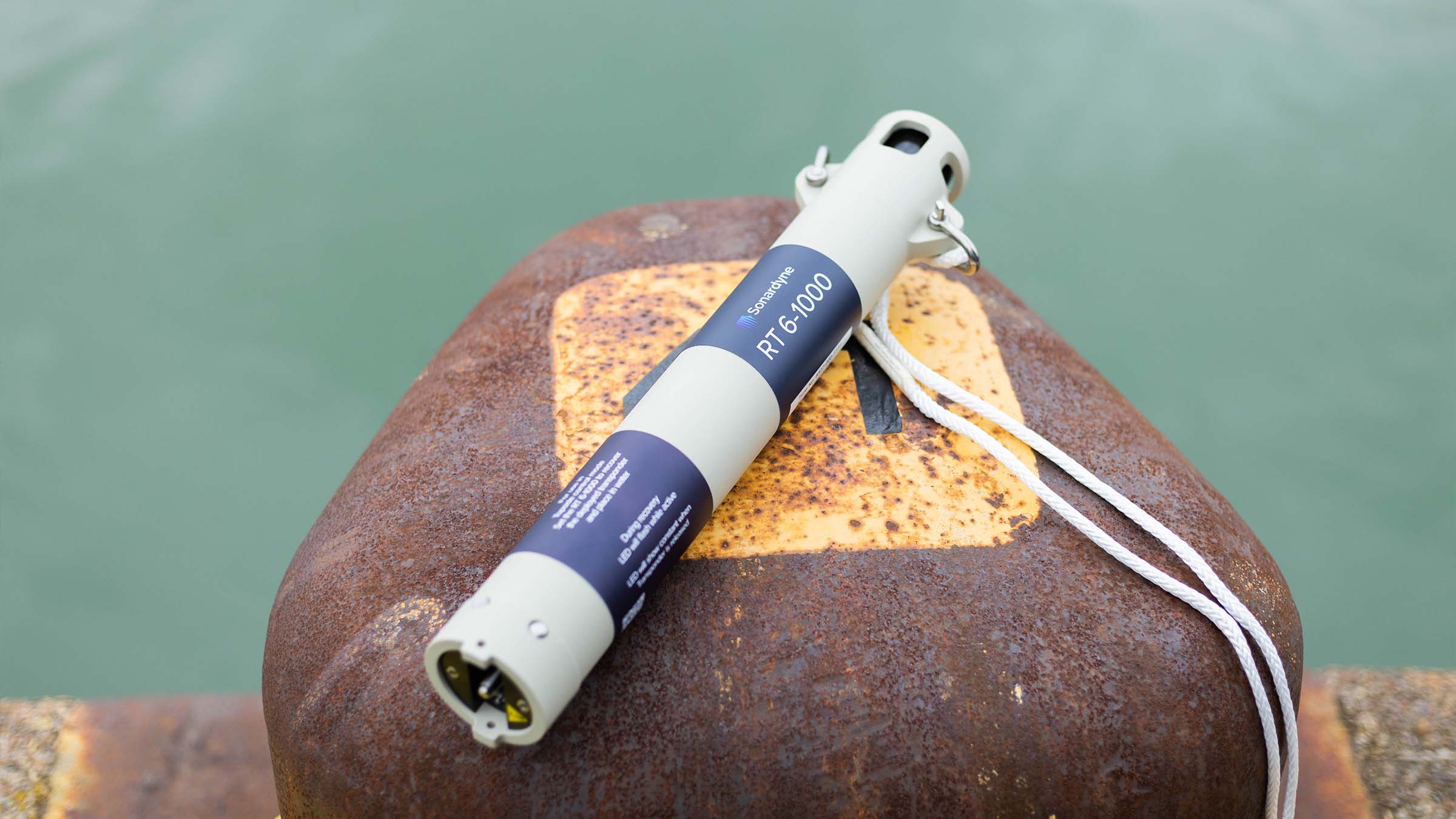 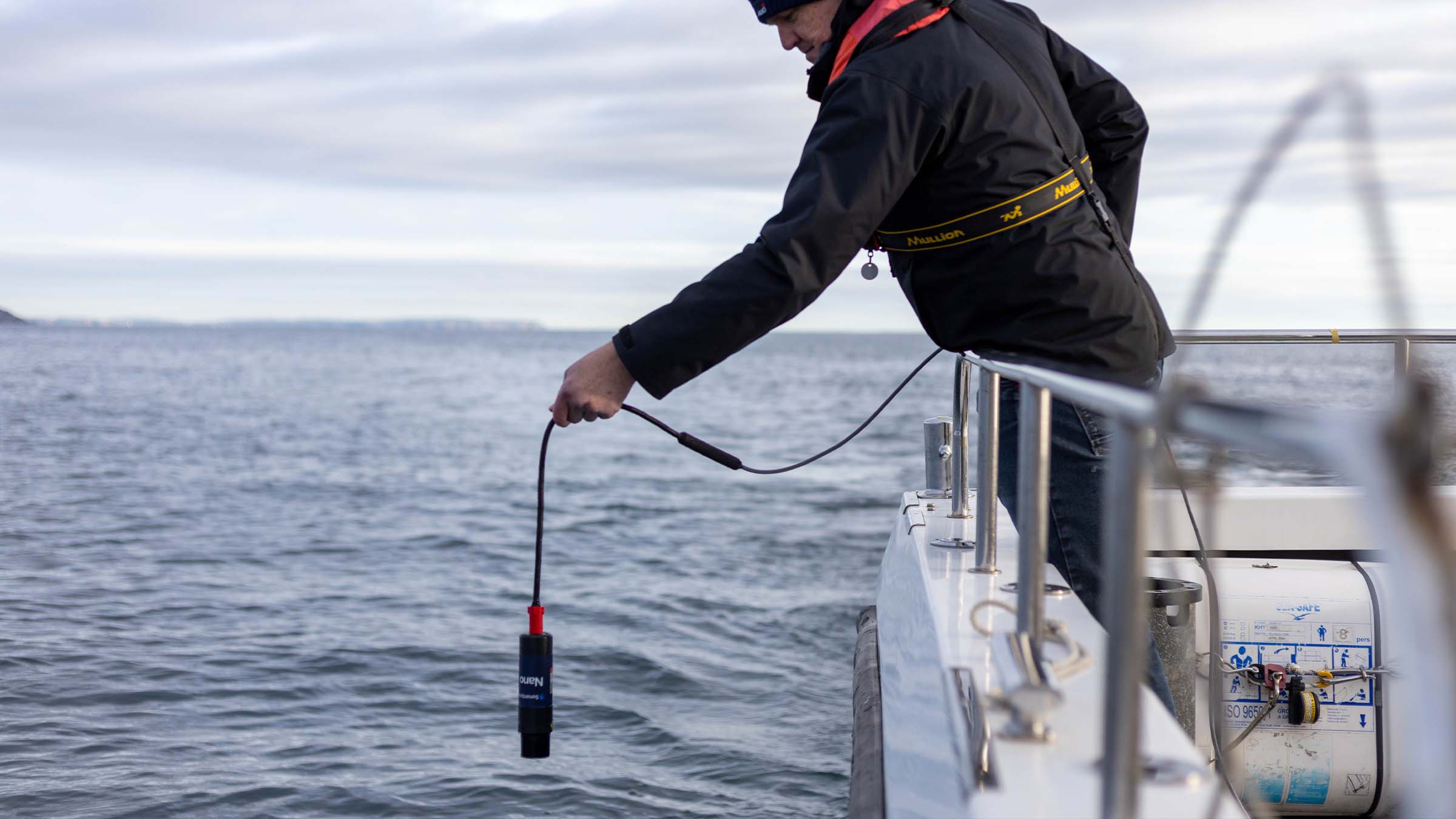 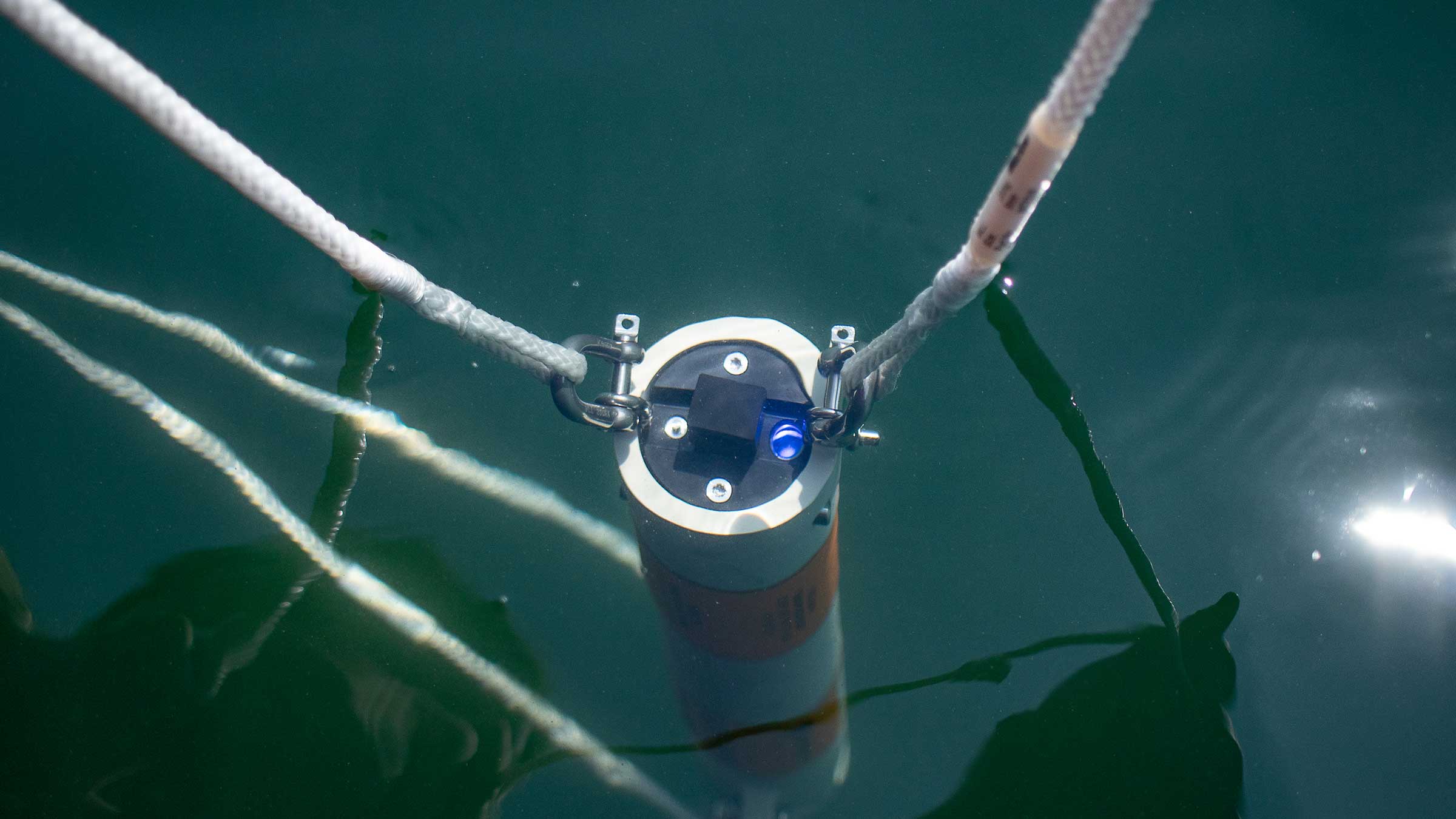 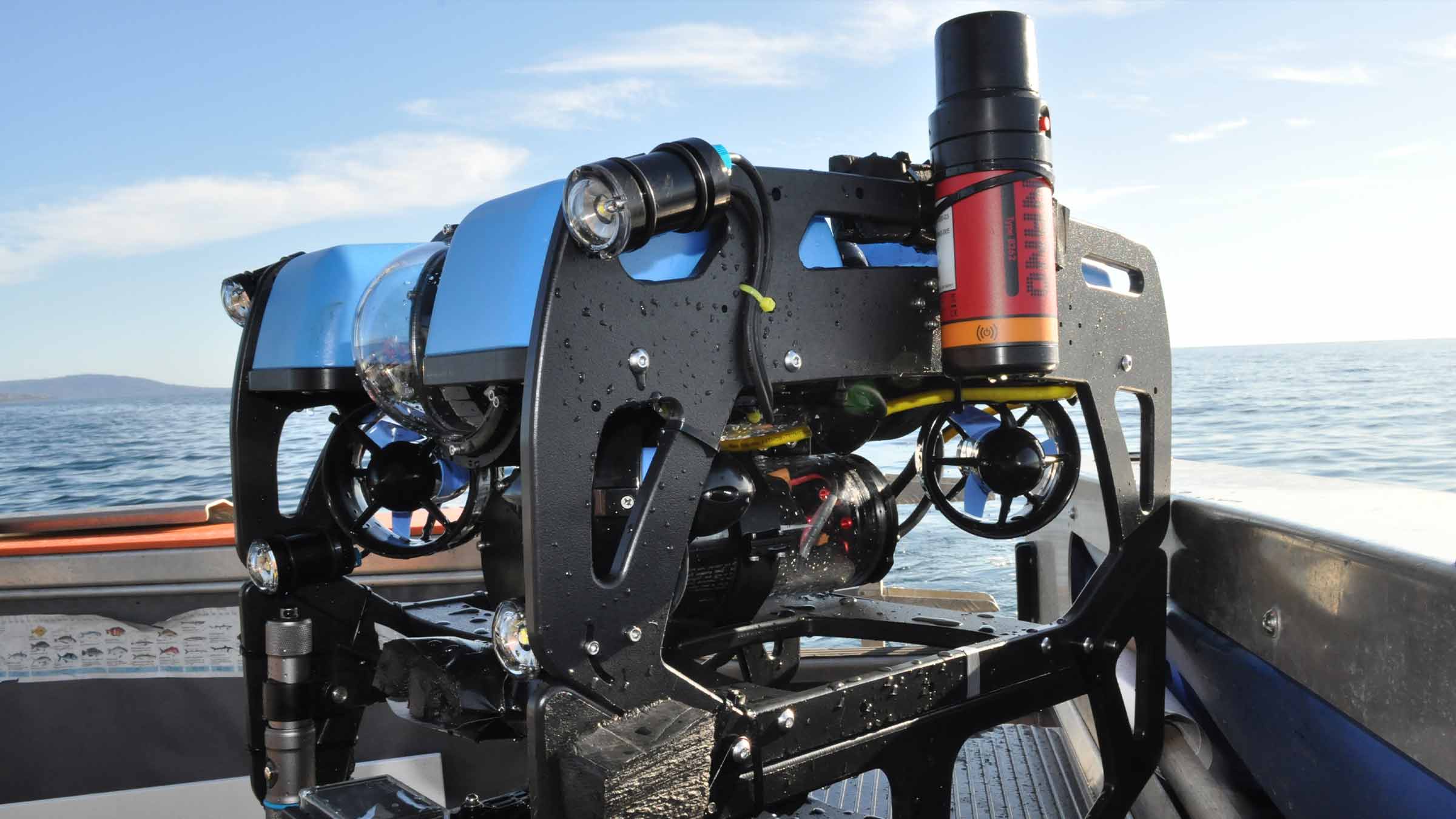 Micro. For when good is good enough

Micro-Ranger 2 is our smallest ever Ultra-Short BaseLine (USBL) system, designed for first-time users to unpack, install and start tracking. It’s providing an easy to deploy yet important tool for monitoring coastal habitats in Australia, as Fathom Pacific’s Director and Principal Consultant Dr Adrian Flynn sets out for us. 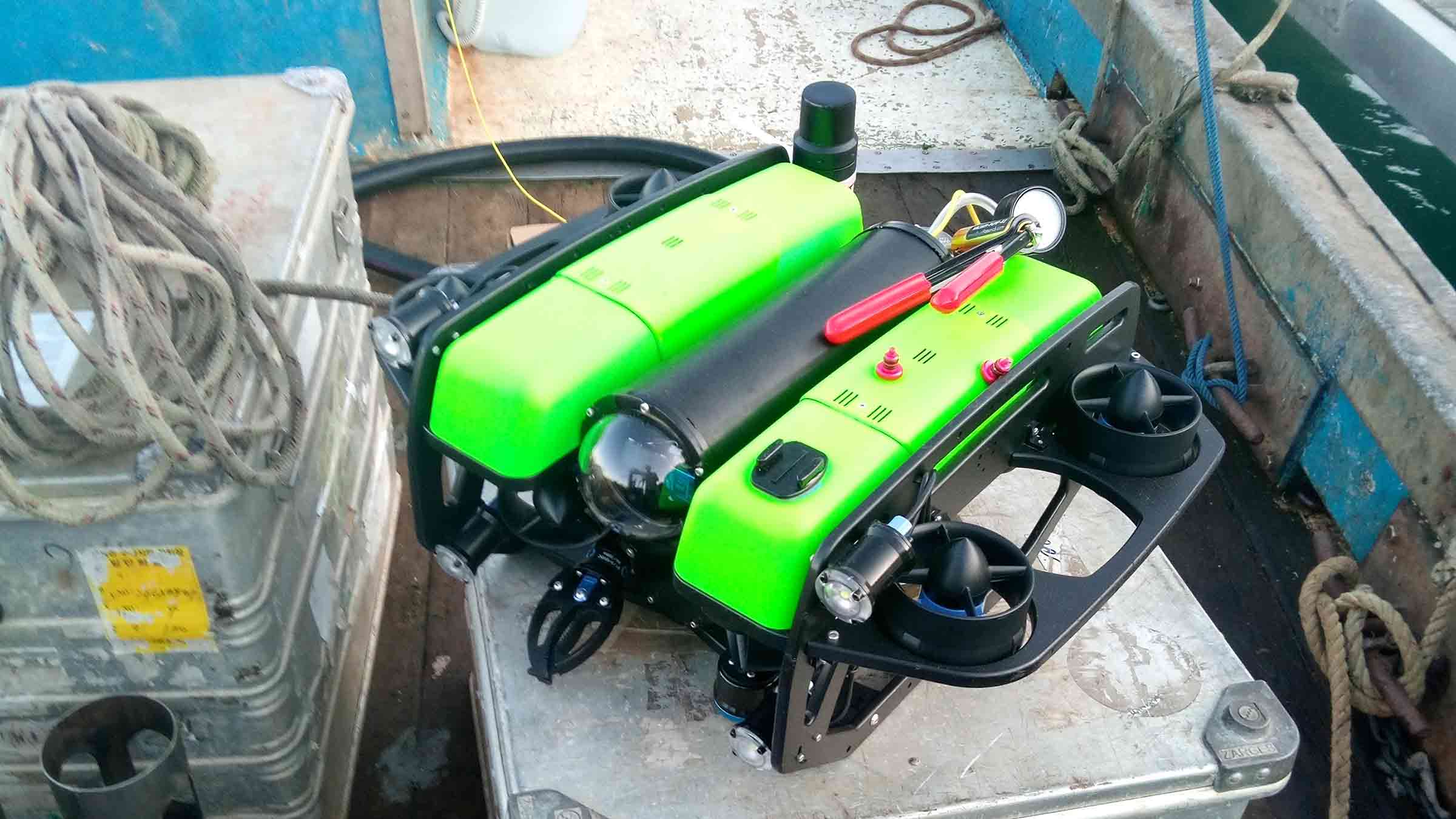 Shallow water isn’t any less demanding than deep water. DynamOcean operates in tidal estuaries with fast-flowing water and ever-changing environmental settings. Using our acoustic releases and underwater positioning technology they were able to reliably deploy and retrieve their ADCP sensors.

Where can I find the RT-6 release app

RT 6-1000 NFC connection and operating information
How long can an RT 6-1000 be deployed for?
What is the safe working load for different RT 6 products?
View all 14 articles 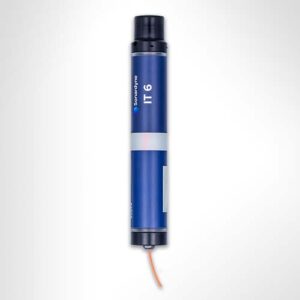 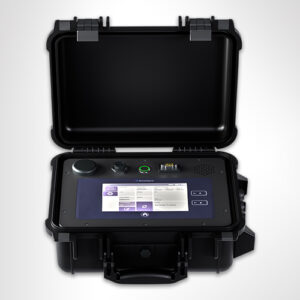 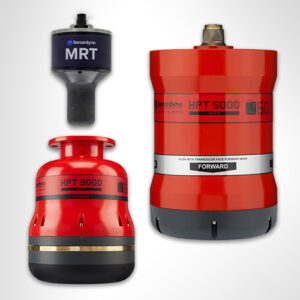 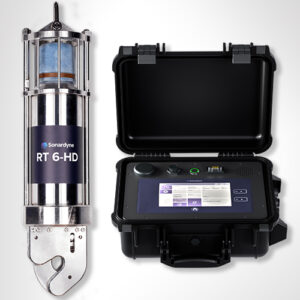 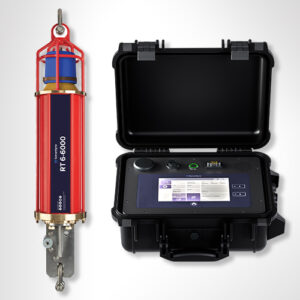 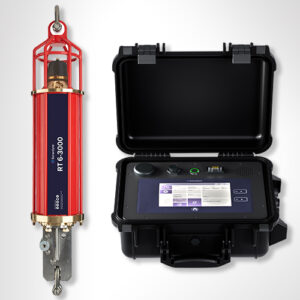