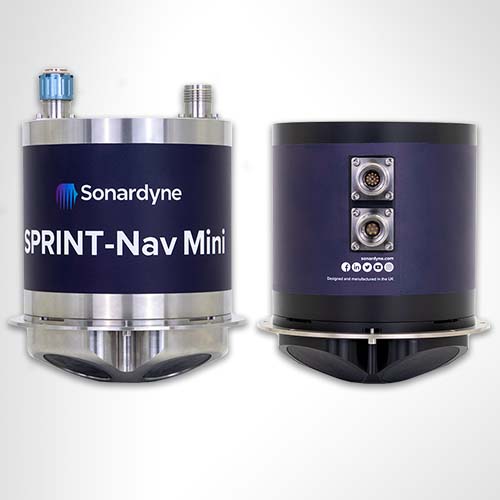 Easy to integrate, simple to operate, web UI for configuration

Mini in size, big in performance

Want to find out more? 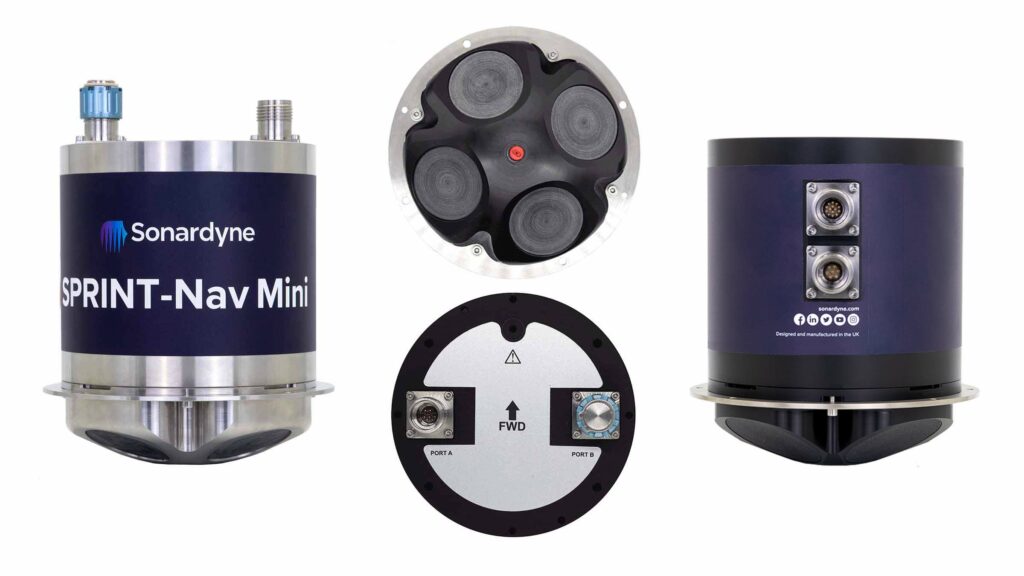 Benefits of SPRINT-Nav Mini for your operations

Low power and small, it's the ideal size for installing on all size ROVs as well as USVs undertaking data harvesting missions in shallow water and around offshore structures which often block GNSS signals.

It provides your towfish, diver swim-boards, swimmer delivery vehicles and low-logistic AUVs with continuous, high grade navigation to keep your mission on course, even in navigation denied environments.

Because it's cheaper than the four separate sensors it replaces (AHRS, DVL, INS and pressure sensor), it's a cost-effective solution for your research platforms where budgets need to stretch as far as possible.

SPRINT-Nav Mini is the world’s smallest hybrid acoustic-inertial technology. An all-in-one vessel and marine robot navigation instrument with performance beyond its size. It replaces the need for separate AHRS, DVL, INS and depth sensors so there’s less cabling and fewer connectors to keep check of. But it’s not only simpler to mobilise, it’s also cheaper than those four sensors it replaces.

Measuring just 213 mm in height (only fractionally taller than some competing DVL-only instruments), 148 mm in diameter and weighing in at approximately 3.6 kg in air for the 300 m rated unit – or 7.1 kg for the 4,000 m depth version – for something so small, SPRINT-Nav Mini packs a big punch for all your underwater ocean robot applications.

SPRINT-Nav Mini is powered by the same hybrid acoustic-inertial navigation algorithm you’ll find inside our established SPRINT-Nav family. This combines the strengths of all the sensors contained within to provide robust, precise and accurate outputs. It continues to work even in challenging environments and provides a continuous stream of positions, orientation, velocities, depth and altitude at up to 200 updates per second.

SPRINT-Nav Mini arrives pre-calibrated from the factory, meaning there is no need to manoeuvre your vehicle every time the unit is mobilised. SPRINT-Nav Mini does the thinking for you, all in a single plug-and-play unit. Turn it on, give it a latitude, and away you go.

However, despite its extremely small size, it’s still a true north seeking gyrocompass which won’t drift over time unlike MEMS-based systems. The output can be fed directly to your own (or a third party) user interface or vehicle control software. The simple Web User Interface makes setup and configuration painless. It could not be any simpler.

Options
Two depth ratings are available; a 300 m, and a 4,000 m depth-rated unit. There is also a side-connector option depth rated for 300 m and measuring only 183 mm in height making it ideal for tight spaces on small platforms

Where conventional INS outputs are also required, SPRINT-Nav Mini Navigator is the option of choice, outputting latitude and longitude in addition to all the guidance outputs at a user-selected update rate. 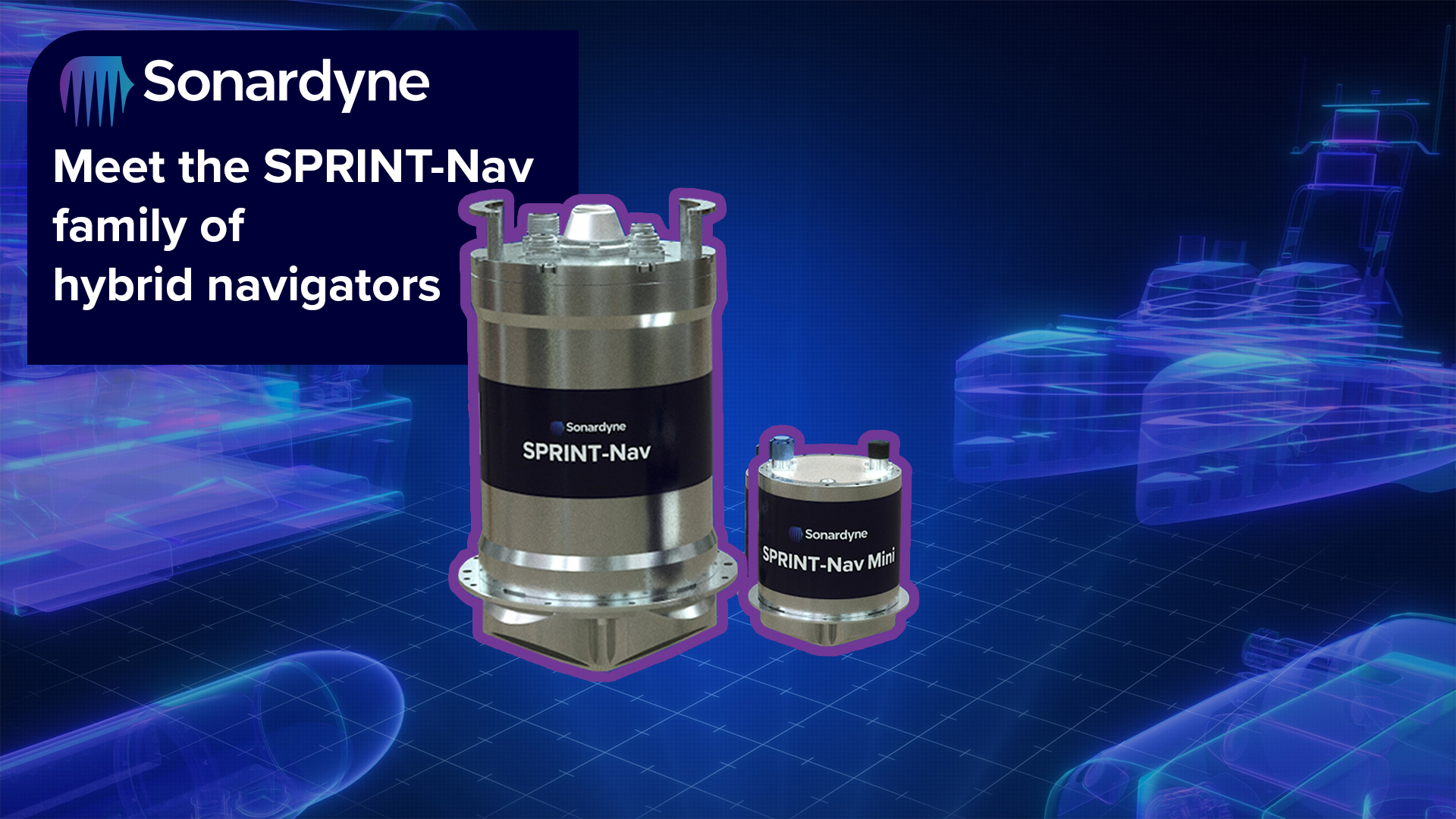 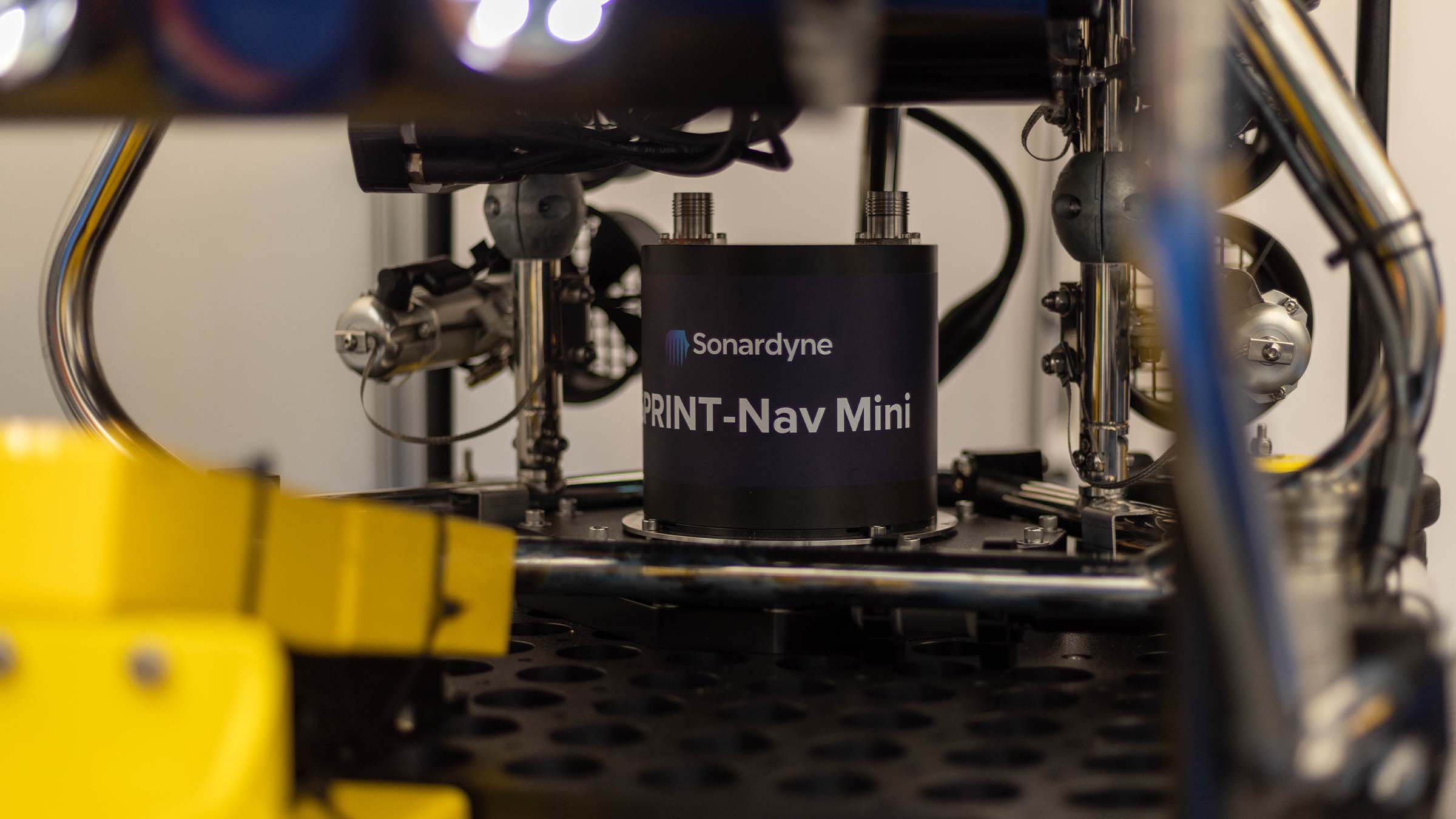 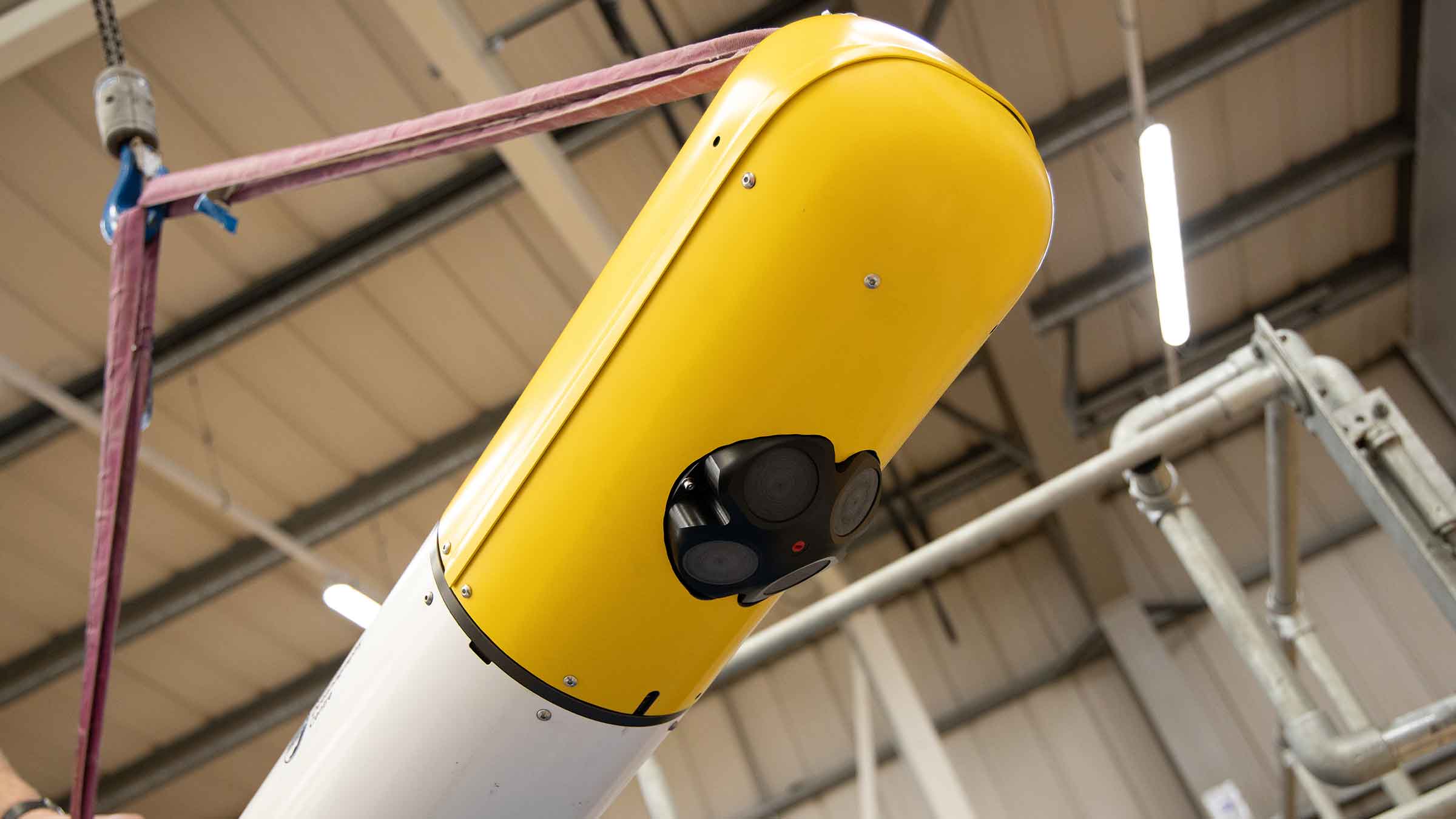 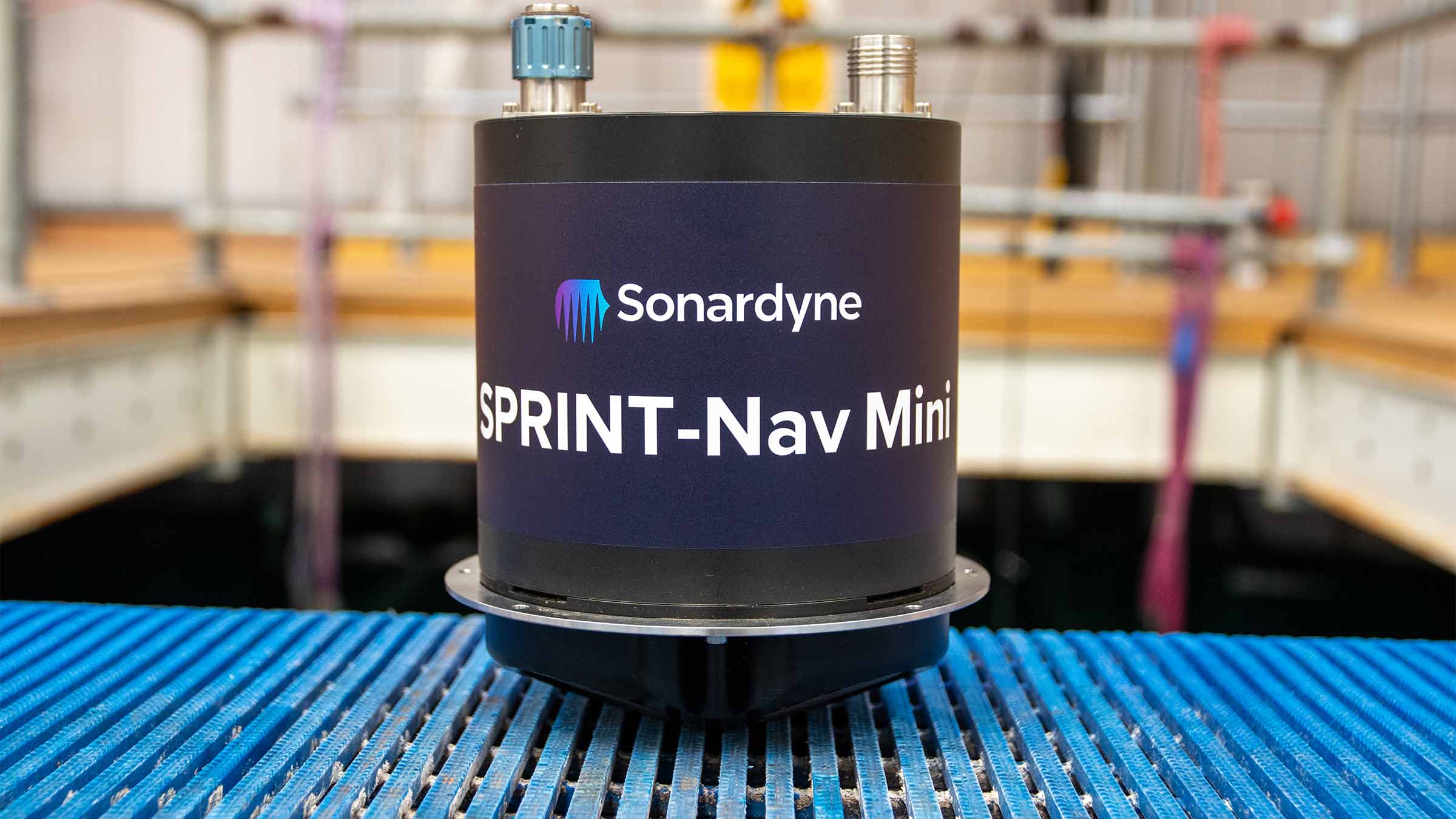 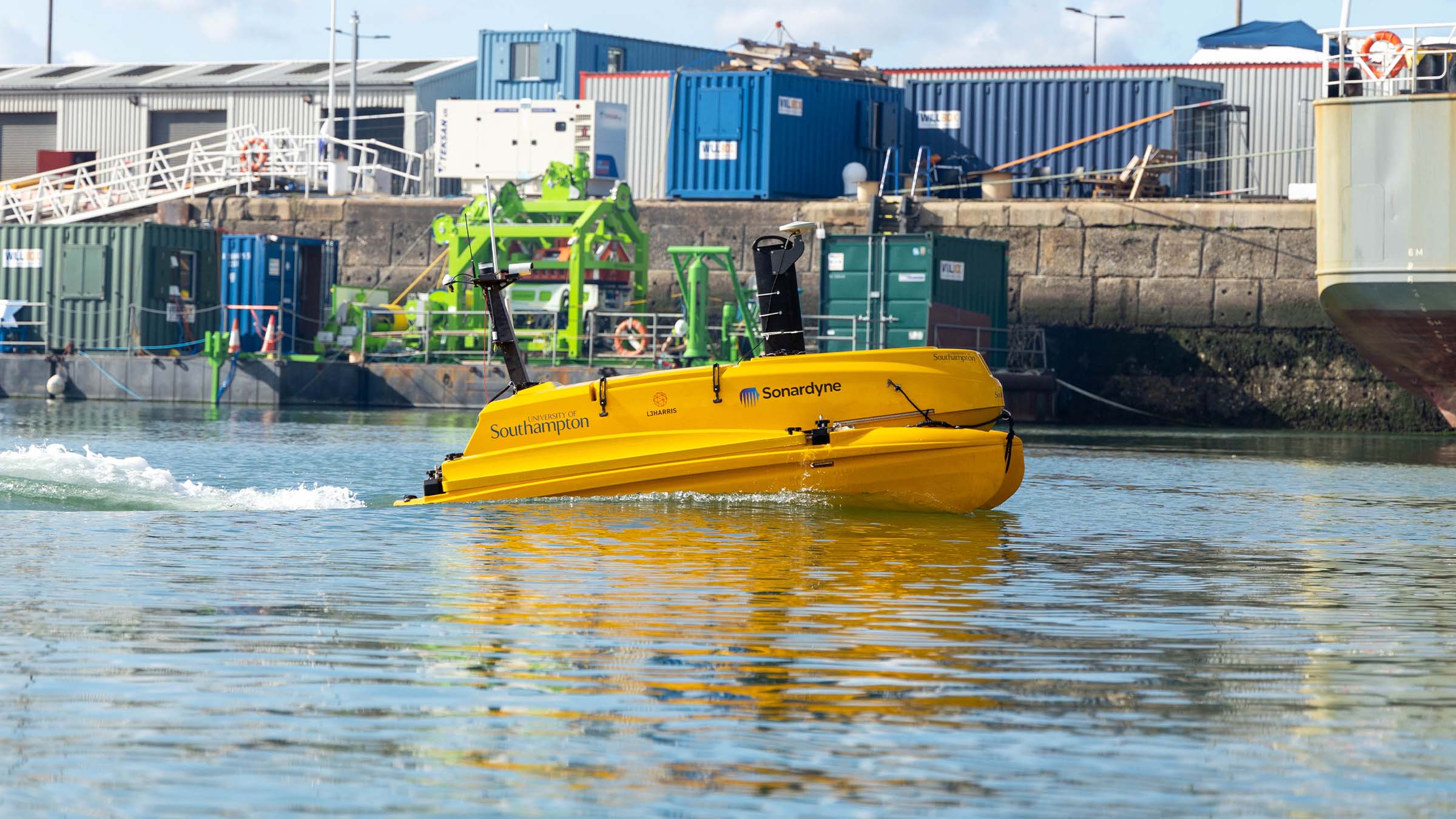 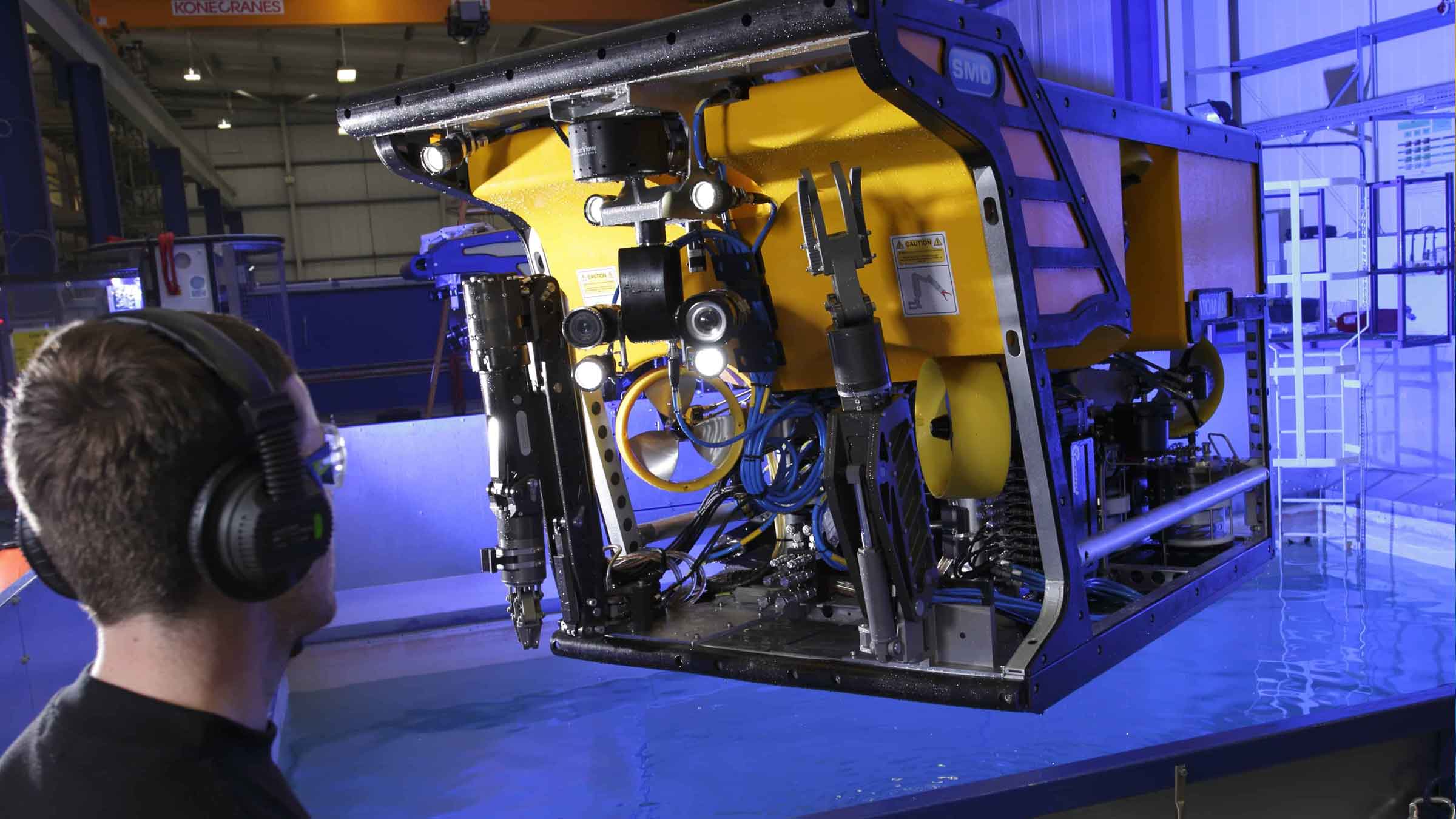 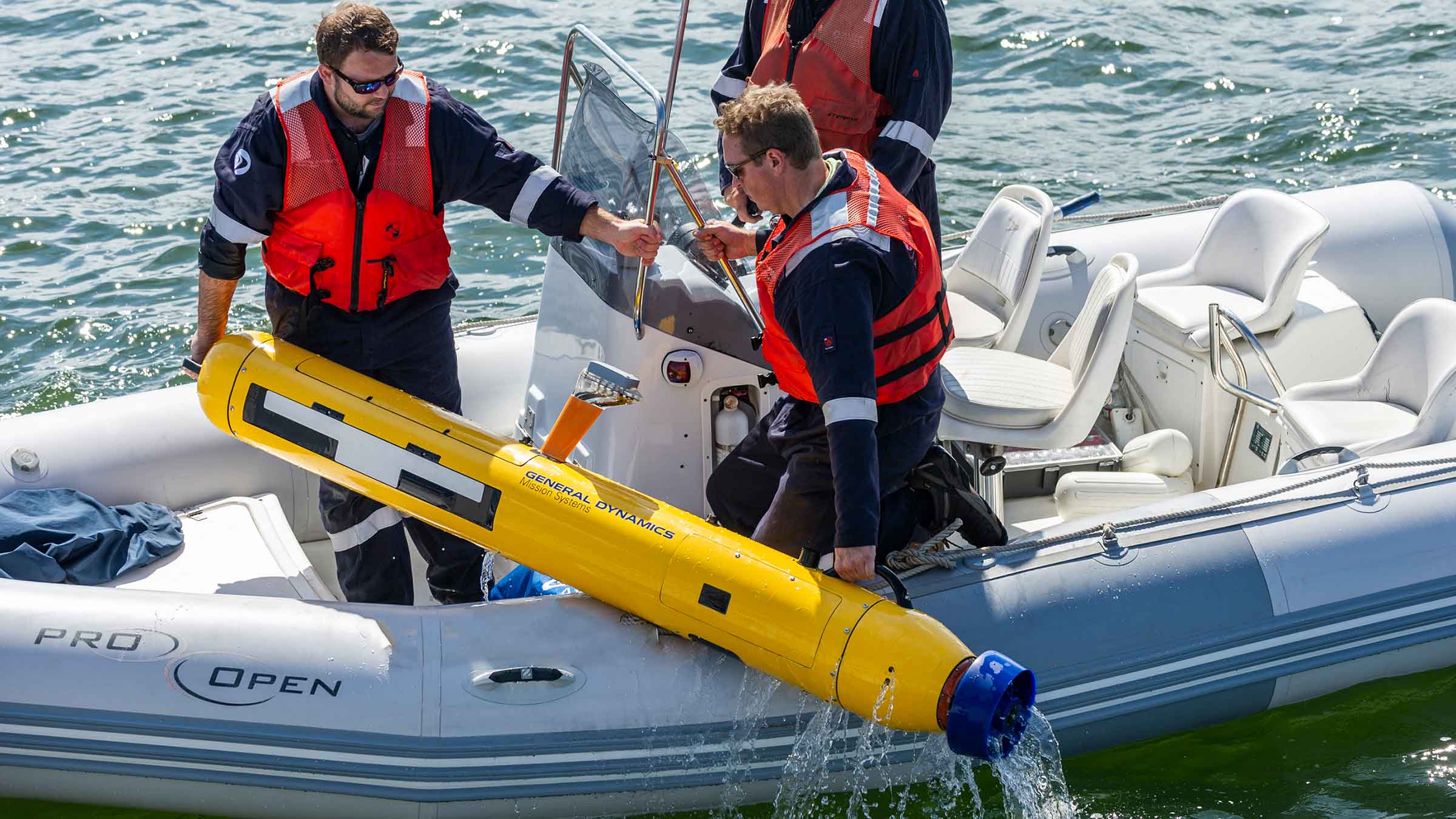 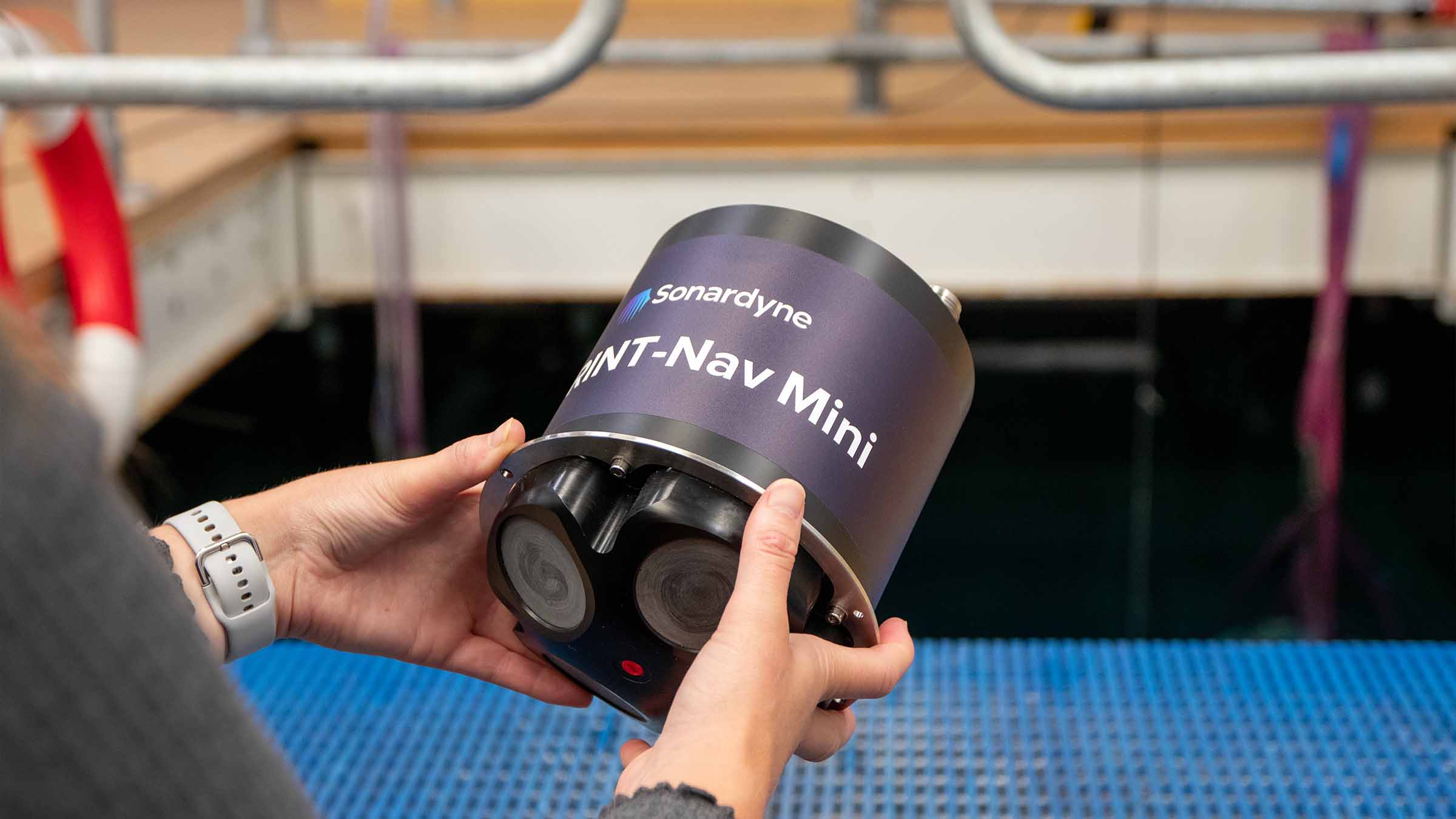 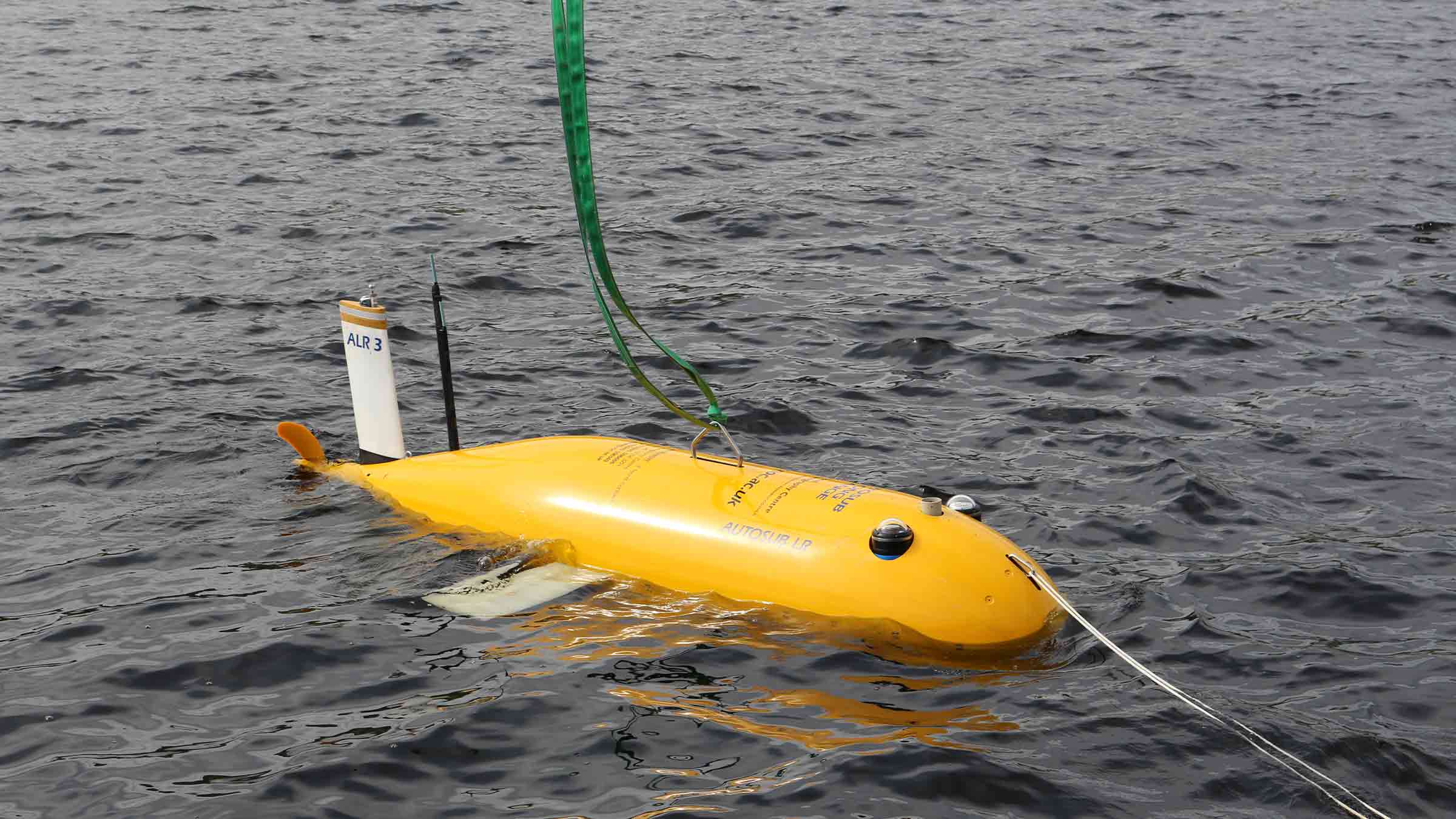 Extending the limits of autonomous systems

DVL aiding – in the harshest environments

Operations involving large vehicles or equipment close to the seafloor can pose a challenge for most traditionally mounted navigation systems. For many applications in these environments, mounting the Doppler velocity log (DVL) with an unobstructed downward view to achieve bottom lock is particularly challenging. Not any more.

What kind of help is there for integration with my SPRINT-Nav Mini kit?
Can I use a SPRINT-Nav Mini on an AUV as well as an ROV?
Why have you chosen FOG, rather than RLG sensors?
View all 11 articles 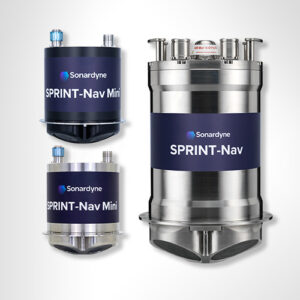 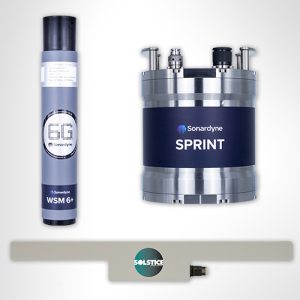 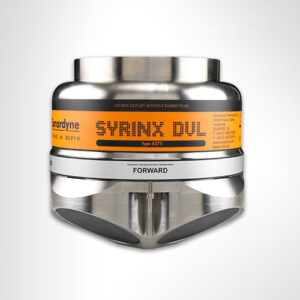 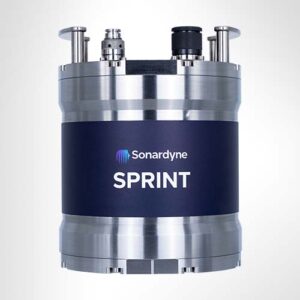 Mini in size, big in performance