When engineer John Partridge founded an underwater acoustics consultancy in a small town in southern England in 1971, he had a vision. He wanted to make operations beneath the waves safer and more efficient. Driven by technical curiosity and a desire to solve real-world challenges, his company, Sonardyne has gone on to provide highly effective and trusted answers to successive offshore, scientific and marine industry challenges.

Over five decades, our innovations have set and then reset the benchmarks of what’s possible, first in underwater positioning with products like Compatt, which is still a global byword for acoustic transponders six generations later, and, since the start of the century, equally significant developments in sonar, inertial and optic technologies.

From helping to accurately position the very first truly deepwater offshore structures to mapping globally significant historic wrecks, and from detecting tsunamis to broadcasting live video from a submersible, our history and future is one of industry firsts; providing the answers to your most important challenges.

Some of our major milestones 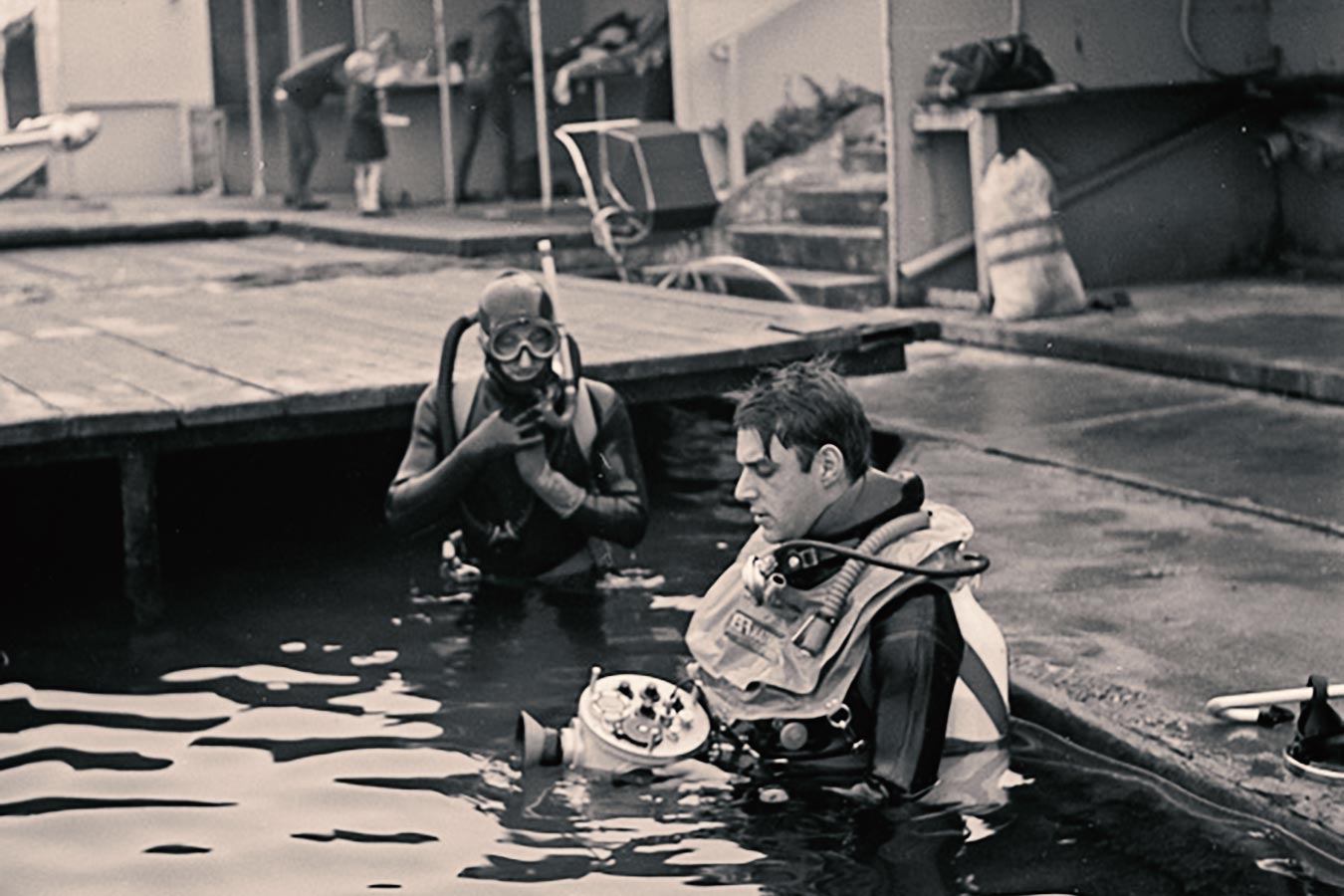 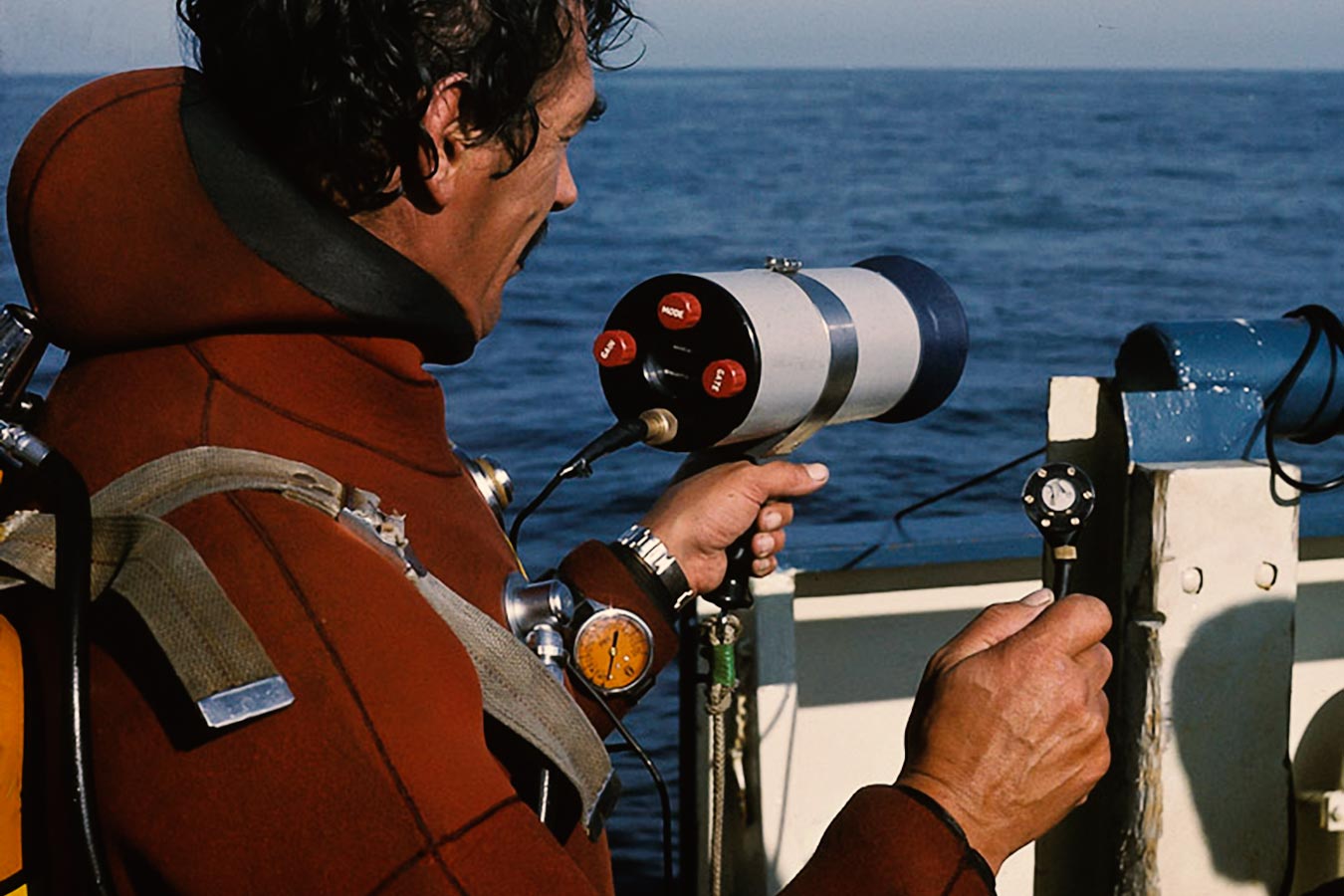 From an early age, John Partridge had a passion for the world beneath the waves. As a teenager, he built his own scuba diving gear, using war surplus parts. Throughout his university education, the key challenges of communication and navigation in the underwater realm were never far from his mind.

After completing a degree in mechanical engineering at the University of Bristol, John entered the world of work, but his desire to pursue his real passion in underwater acoustics was still strong. So, in 1971, he founded Sonardyne – a small consultancy in his spare bedroom. The vision was to use acoustics to improve the safety and efficiency of underwater navigation. The timing could not have been better; North Sea exploration was starting to take off and it needed innovative underwater technologies.

In just a few years, John soon had a growing engineering and manufacturing team around him and major oil company customers. By 1975, Sonardyne had its own premises, manufacturing transponders in Fleet, a town 40 miles southwest of London. We’d be there for the next 20 years. 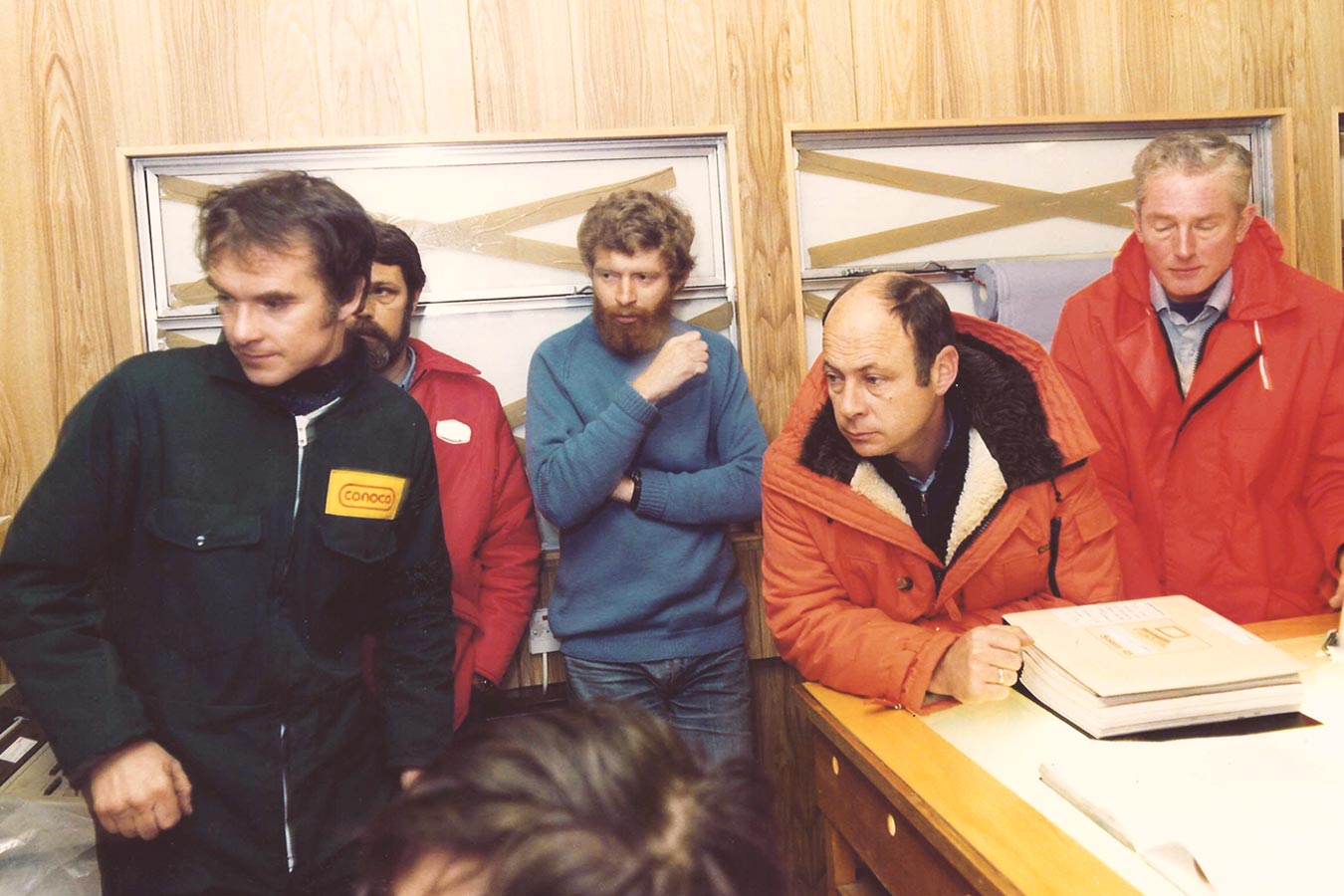 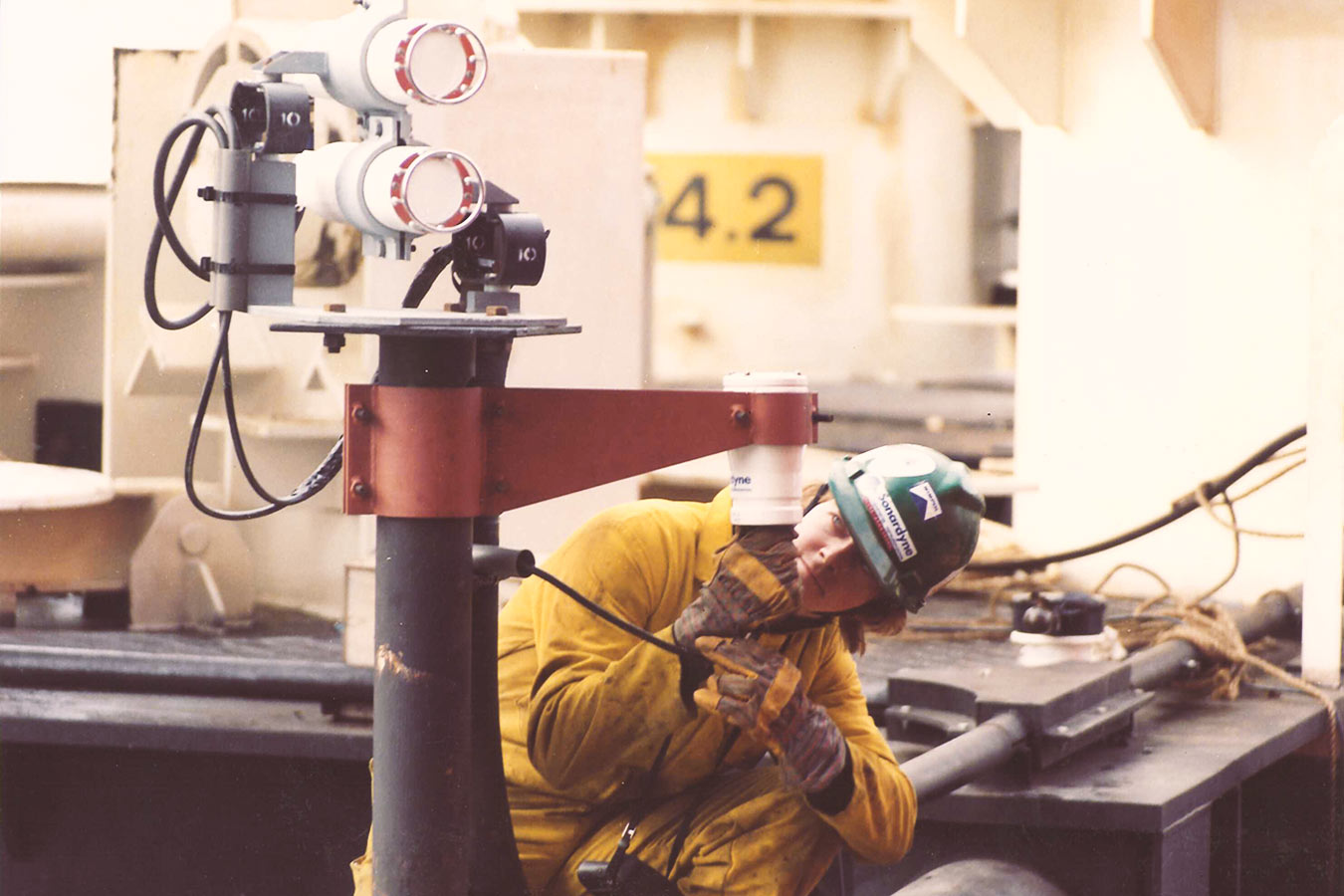 The 1980s. A decade of growth and milestones

By the 1980s, Sonardyne was an established name in the European offshore sector. The first Compatt had been launched and we had performed Long BaseLine (LBL) operations across all the pioneering North Sea fields, from Forties in the UK to Statfjord in Norway.

Our innovations were enabling new developments in subsea technology, including the world’s first tension leg platform, and we were providing new, smarter ways to position and track structures in the underwater realm.

But the decade didn’t belong exclusively to offshore oil. In 1982, a global television audience watched the raising of the hull of Henry VIII’s flagship vessel, the Mary Rose. Sonardyne technology played a critical role and, with repeated surveys of the wreck site over next 20+ years, it would become our longest ever project.

Moments in our timeline

Beginning in 1975, our technology and expertise supported successive surveys of Henry VIII’s flagship, the Mary Rose, leading to its recovery, in 1982. Throughout, multiple generations of Sonardyne underwater positioning technology were used; from Rangemeter through to Rangemaster and Scout in the 1990s.

Discovering the secrets of our past - The Mary Rose

Our technical and commercial achievements have been marked by four separate Queen’s Awards, recognising the break-through our Seismic Integrated Positioning System (SIPS) made in the 1990s through to our 2021 Queen’s Award, which recognised how our seabed monitoring technologies are helping science and industry to unlock underwater geological secrets.

Recognising our achievements - The Queen's Award 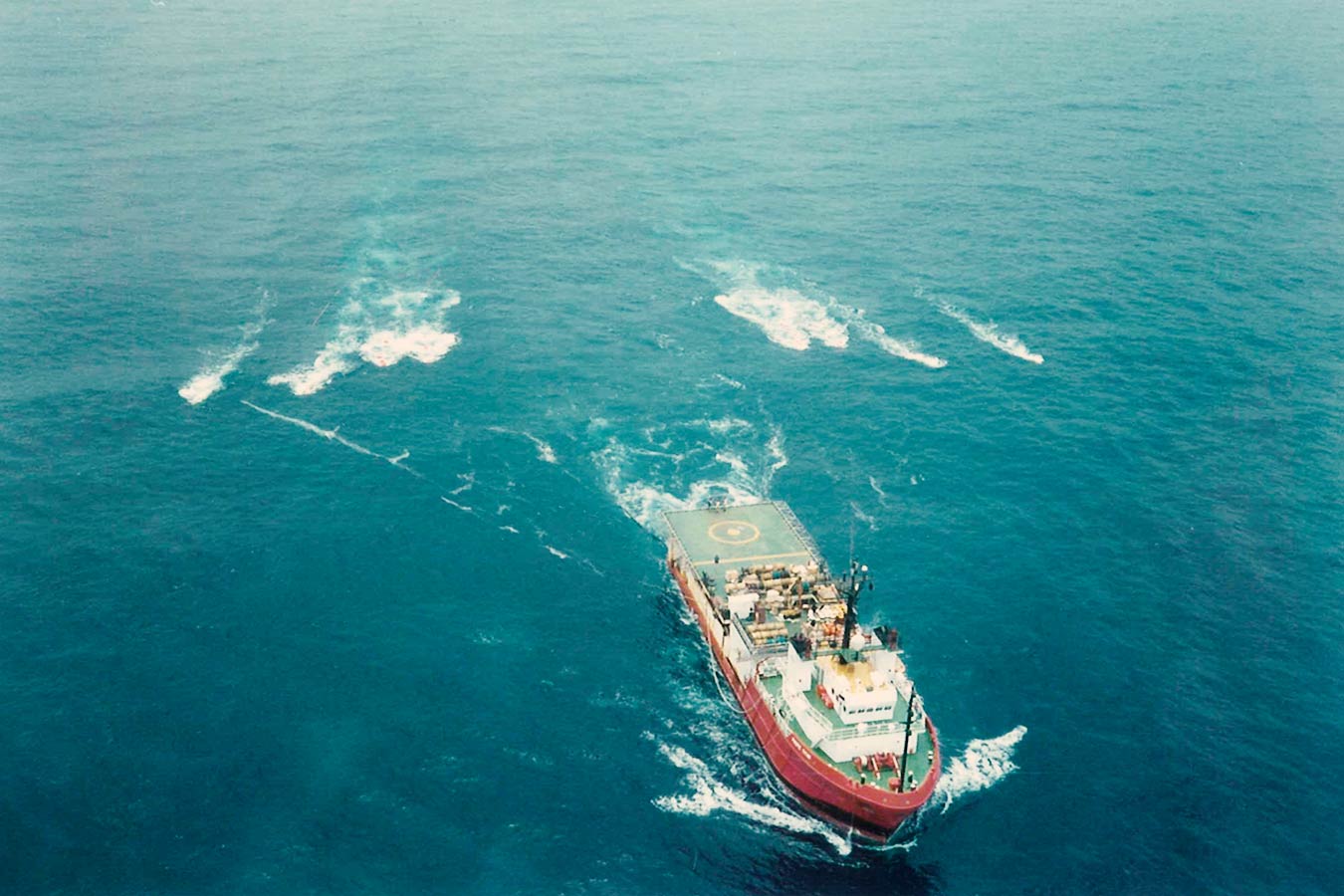 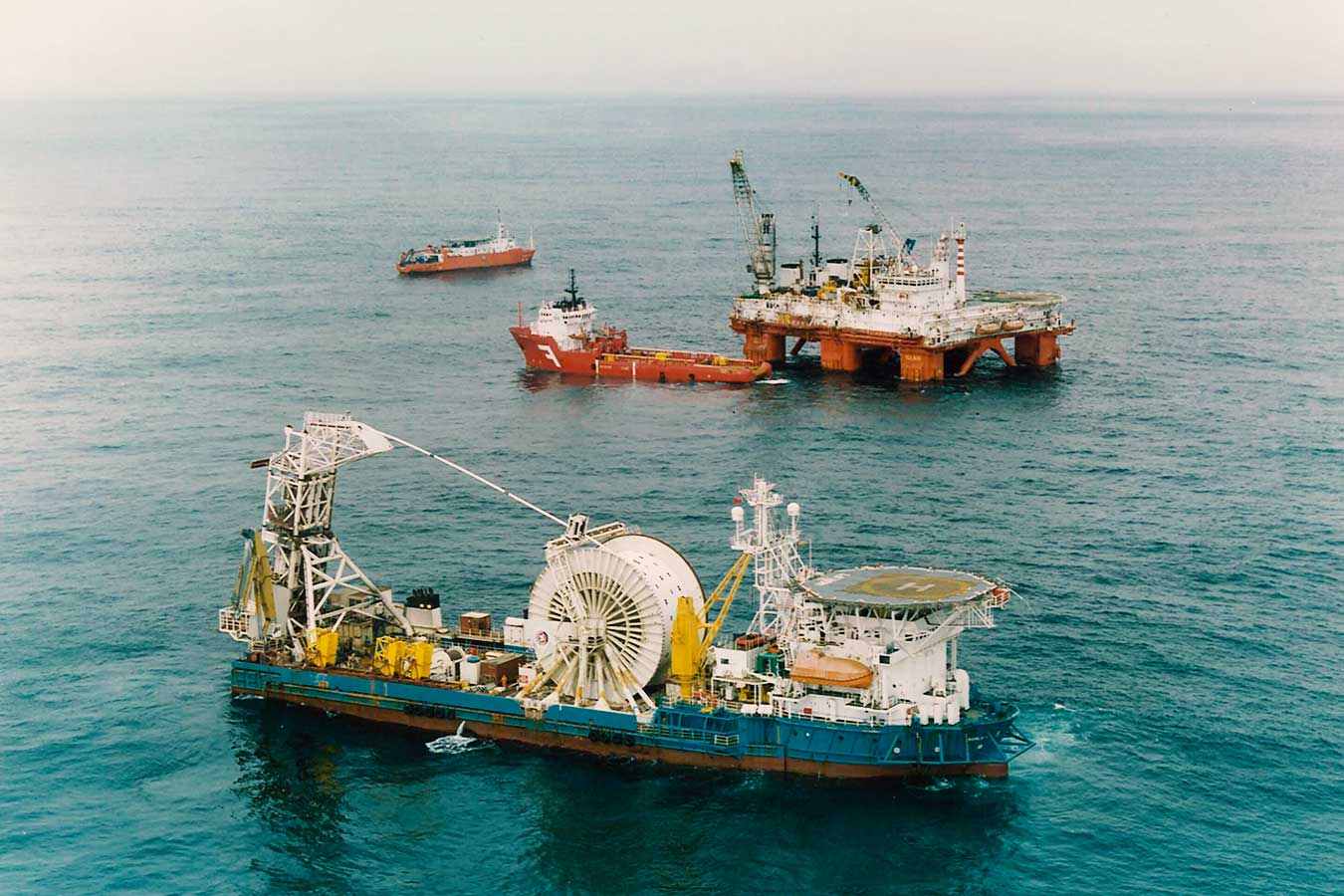 The 1990s. Investment and overseas expansion

We launched an award-winning towed positioning system, which was adopted by the majority of the world’s 3D seismic vessel fleet within just a few years, because it enabled them to gather more and better data. We also launched our first Ultra-Short BaseLine (USBL) system, which, combined with our LBL expertise, was soon a critical tool for a new global fleet of dynamically positioned drilling rigs moving into 3,000 m-deep frontiers.

These, together with major project successes in the US Gulf of Mexico, cemented Sonardyne’s name as a global player and spurring the company’s expansion.

In the UK, we moved into a purpose-built research, manufacturing and head office facility in Blackbushe, just a few miles from our home of 20 years in Fleet. A regional hub in Aberdeen was opened, along with a trials and training facility in Plymouth. Overseas, further sales and service centres in Houston and Singapore opened, providing the local support we’re now known for. 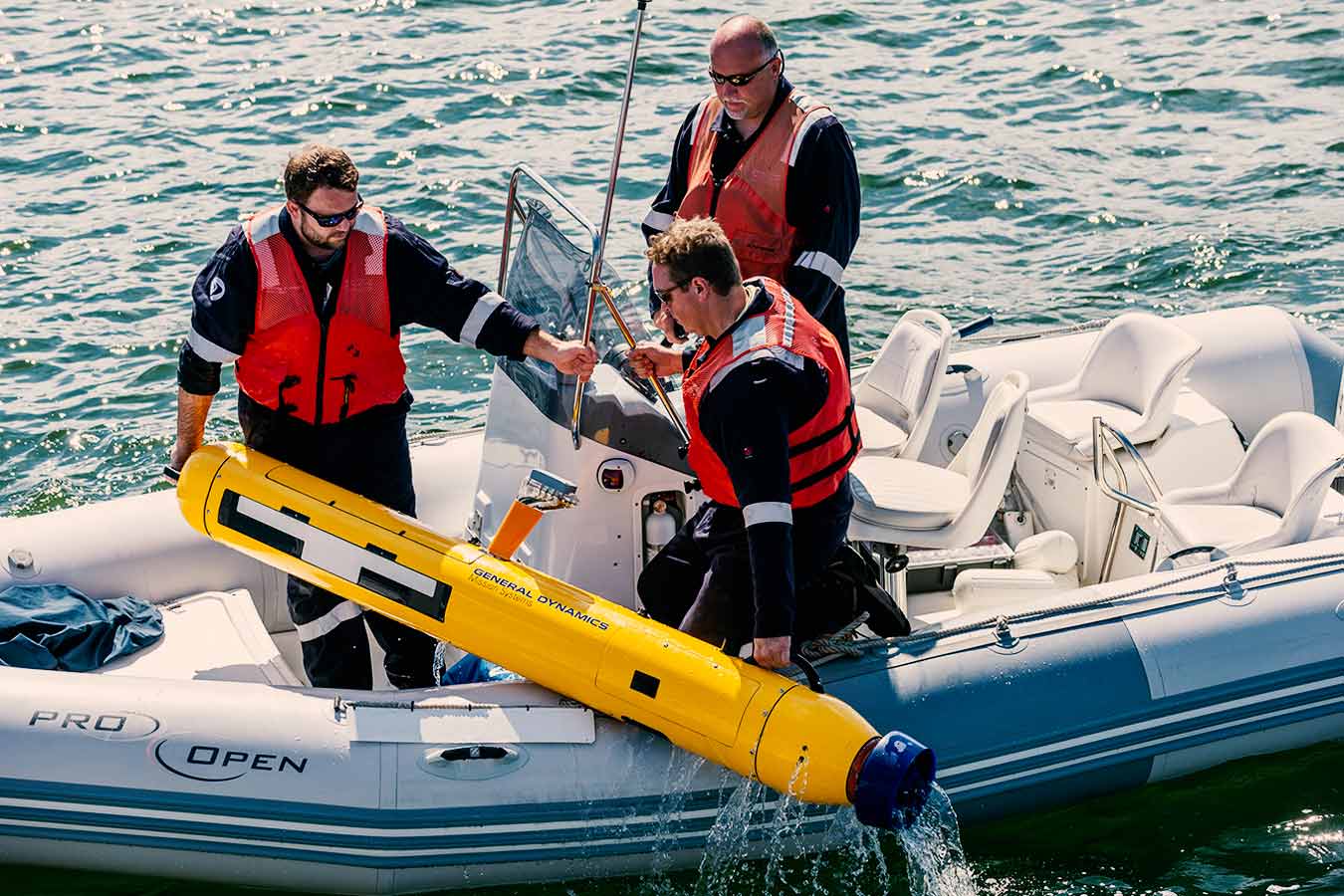 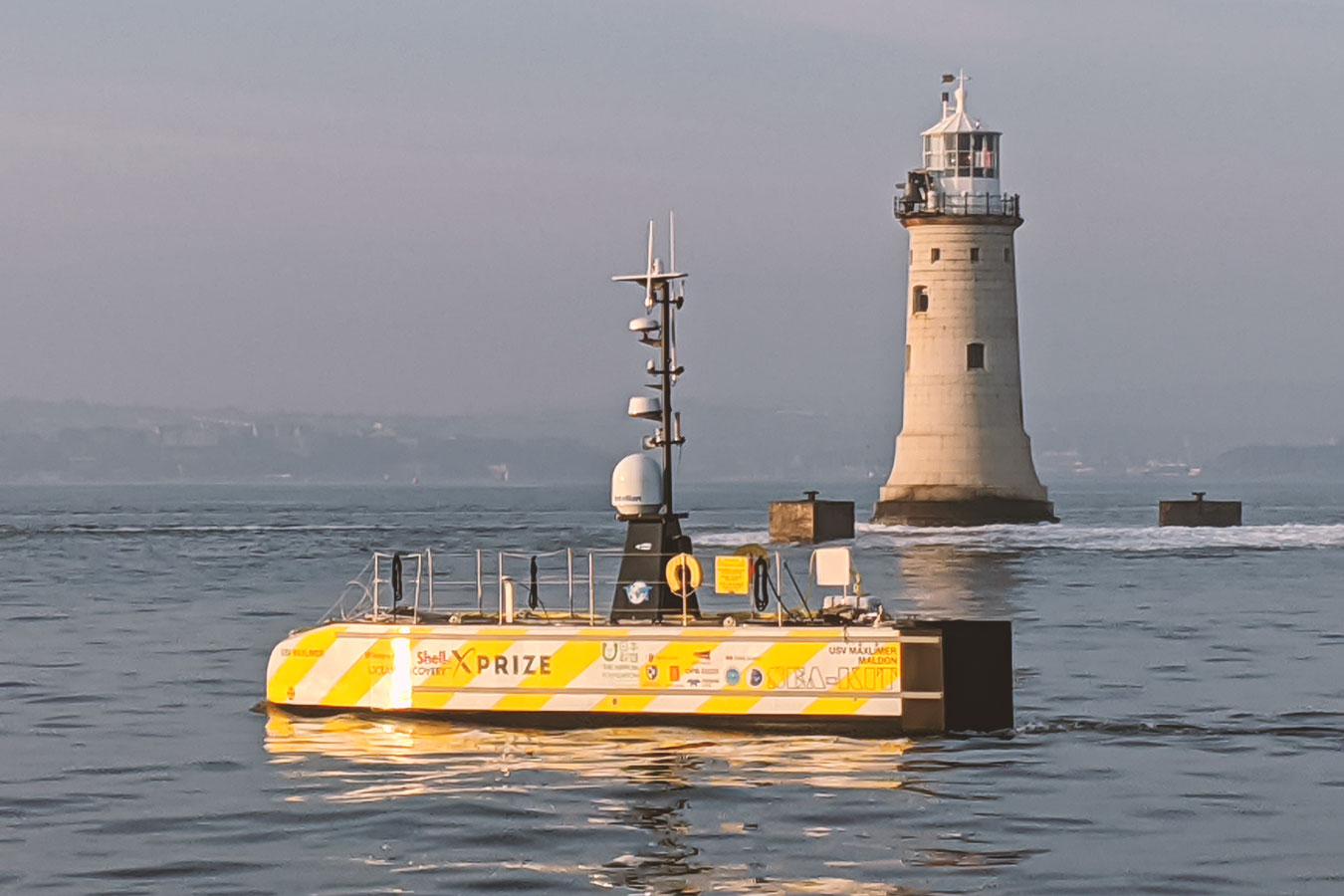 The 2000s. Beyond acoustics

With a global footprint established, focus switched to technology investment diversification beyond acoustics. Inertial navigation was identified as a key enabler to address industry’s vision of fleets of autonomous robots navigating our oceans. But these robots would also need to see and communicate – requirements addressed with a company acquisition and the introduction of digital acoustic signals allowing users to send more data and work more reliably.

The tragic events of the 2004 Boxing Day tsunami, reminded John Partridge of his company’s role in making the ocean a safer place, resulting in the rapid development of an early warning coastal protection system. In an increasingly unstable world, safety was also behind the introduction of a diver detection sonar system towards the end of the decade.

The 2010s. Integration and diversification

The decade opened with a familiar name taking centre stage; the sixth generation of Compatt had arrived, built on a common architecture that would allows users to do more, with less and for longer.

Technology streams would continue to converge, with hybrid acoustic-inertial instruments changing the game for AUVs, which were finally coming of age. They’d be joined by uncrewed surface vessels equipped with Sonardyne payloads to enable ocean floor data to be acquired on demand – all without sending people to sea.

The 2016 global economic crisis was seen as the moment to further grow the company’s wider strengths and over the remainder of the decade, the company acquired three, complementary marine technology companies in the UK, Denmark and Canada.

In the decade where we will celebrate our 50th birthday, and aim to become carbon neutral by the end of 2025, John Partridge’s founding vision for his company, a company that remains in the same ownership, remains proudly unchanged. To make our oceans safe and to work in them sustainably and efficiently. Why not be part of our next chapter?

Find out what makes us different

Meet the team that guides the business