Our latest and smallest Ultra-Short BaseLine system Micro-Ranger 2 is an ideal one-box solution for use from any waterside location or vessel, including RHIBs and small survey vessels. Specialist marine archaeology company MSDS Marine has been testing the new portable system out on one of its latest projects; diving operations on the Northumberland.

On December 7, 1703, an extreme weather event tore through central and southern England. Now remembered as the “Great Storm of 1703”, it caused untold damage, not least to ships, many of which were blown hundreds of miles off course or, worse, wrecked. During the storm, which lasted 13 days in total, more than 1,000 seamen died on the notorious Goodwin Sands, off Deal, Kent, alone. Today, we know the location of a number of these ships, which remain wrecked on the seabed, but in many cases, due to the nature of the shifting sands, they’re either often further buried or exposed and at risk of deteriorating and parts being washed away.

This is the case for the wreck of the Northumberland, a 70-gun, third-rate ship of the line, launched in 1679 in Bristol, and rebuilt in 1702 at Chatham, only to be wrecked on the Goodwin Sands with the loss of 253 crew a year later. In 1979, 300 years after she was launched, the site of the wreck was found as part of an investigation by local divers of more than 300 net fastenings recorded by an East Kent fishing family. 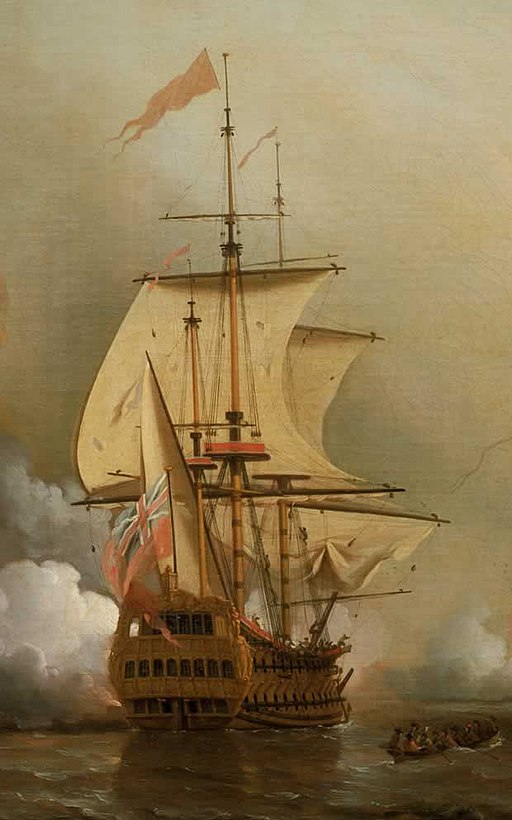 Since her discovery in 15-20 m water depth, and designation as a Protected Wreck, a number of repeat multibeam (MBES) surveys have been carried out over the site of the Northumberland and it became clear that the moving sandwaves of the Goodwin Sands had moved to such an extent that the wreck was at high risk of being completely uncovered and was therefore at risk of deteriorating and parts of it washing away in the tide.

Historic England commissioned Pascoe Archaeology Services (PAS) to undertake monitoring on the site to identify new areas of wreckage that may have been exposed and to monitor already exposed areas, to aid in their future management of the site. To support this work, PAS contracted in MSDS Marine, a marine archaeological company which specialises in archaeological diving and survey work to assist with the diving operations.

It was clear to MSDS Marine that the work would benefit from the use of a high quality underwater tracking system, to enable the accurate recording of the positions of newly exposed parts of the ship, but also to guide divers to features identified on the MBES around the site, which often suffers from poor visibility. They would also be working from a day boat (a 10 m-long Blyth Catamaran, Predator), so it was a great opportunity to put Sonardyne’s latest, completely portable, one-box Ultra-Short BaseLine (USBL) acoustic positioning solution, Micro-ranger 2, to the test.

Acoustic tracking works by using sound to measure the range and the bearing of a beacon from a transceiver fixed to either a boat or fixed structure such as a pontoon. Combining this information with a GPS position allows for real world positions of divers, ROVs or subsurface assets, to be determined.

USBL tracking has been used in marine archaeology for a number of decades, but has often required specialist knowledge, expensive equipment, and suitable vessel mounts for all the components. The introduction of Sonardyne’s Micro-Ranger 2 system in 2018 provided an entry-level USBL system that could be deployed from almost any platform and track up to ten beacons (on divers or ROVs) with an out the box slant range accuracy of 5% (2.5m at 50m range). The system is supplied with all the components, including the topside unit, transducer, transponders, and a GPS antenna and can be up and running within 30 minutes for a first-time user. 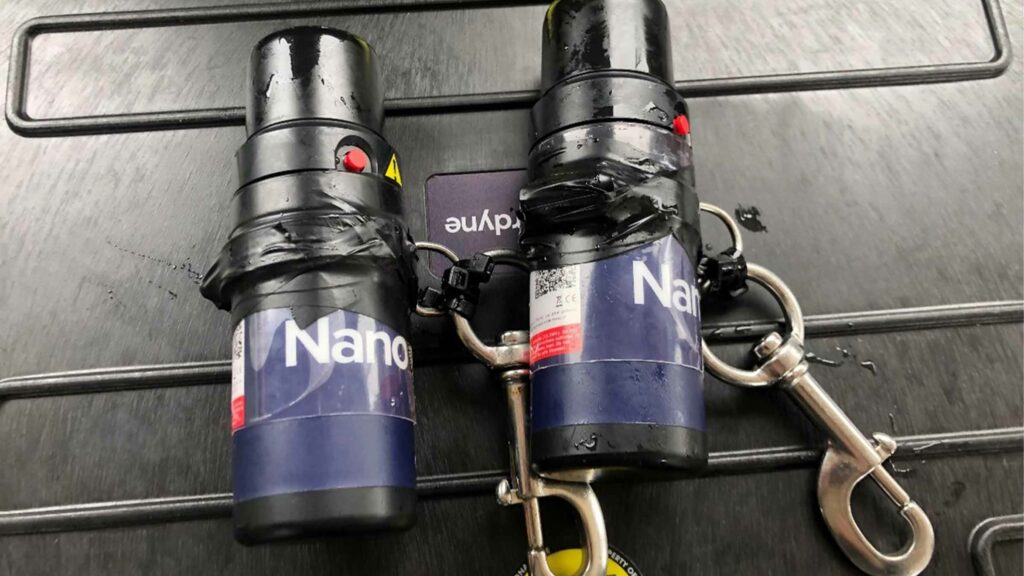 “The release of the portable system earlier this year took the concept one step further, by packaging the entire system, including transceiver, 10 m of deck cable, GPS antenna, and a Wi-Fi enabled PC interface unit and 10-hr power supply into a IP-67 rated waterproof Peli case. Sonardyne has even found room to include two beacons.

“With a high resolution MBES to use as the basemap for the divers, the use of a day boat, which needs the system mobilising quickly on reaching the site each day and the usual requirement to be getting divers in the water at slack water, meant the site was a very good real-world trial location for the portable system.”

The idea with Micro-Ranger 2 is that users have an out-of-the-box, simple to deploy systems. So MSDS Marine decided to put that theory to the test, not opening the box until the night before they mobilised to work on the Northumberland. “The only consideration prior to mobilisation was how to mount the system to the dive boat,” says Mark, especially as Predator has no special mounts for survey equipment. “In keeping with the easy deployment philosophy, we fabricated a 4m aluminium pole with a flange at the bottom to mount the transceiver and a socket at the top to mount the supplied GPS antenna. The advantage of a simple solution like this is that everything is in one plane, meaning there is less room for error when measuring offsets or if the pole moves slightly when in use. It can also be mounted to any vessel quickly and easily with the use of ratchet straps.” 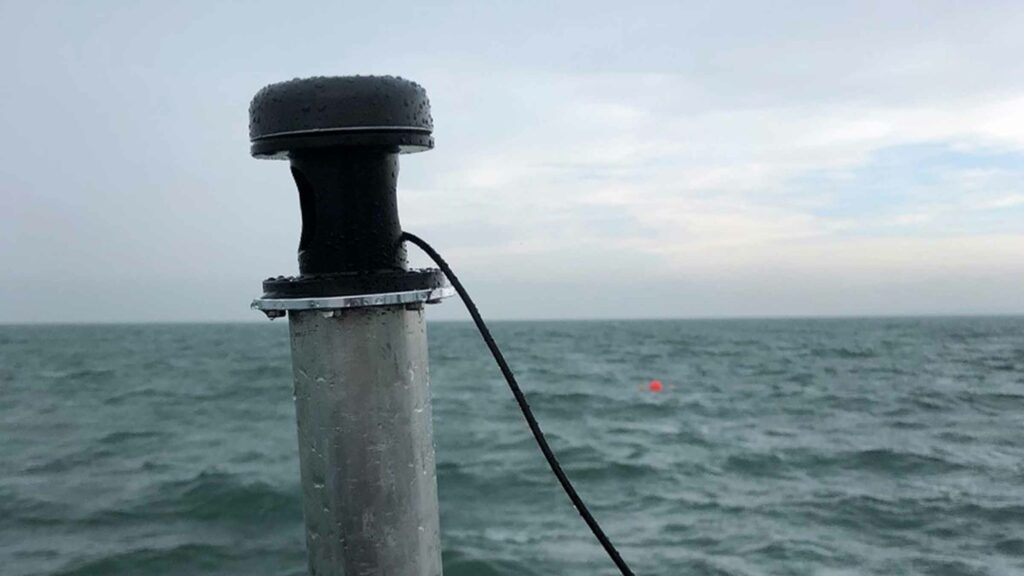 Having then installed Sonardyne’s Ranger 2 software on to their laptop, they were then ready to go. The next step was to connect to the Micro-Ranger 2 portable’s Wi-Fi connection and then the Micro-Ranger 2 portable transceiver and GPS antenna offsets inputted. And then finally, to add the tracking beacons – in this case our smallest beacon, Nano. This is done by docking the Nano in its wireless NFC charger, which doubles as an interface with the laptop, and then running the beacon wizard. Finally, once everything is set up, transceiver’s internal magnetic compass needs to be calibrated to ensure that any local variations caused by ferrous metal on the boat doesn’t interfere with it. For general tracking relative to a fixed point, or to a vessel, this is all that needs to be done to start tracking divers or an ROV.

However, MSDS Marine also wanted to track the divers relative to the MBES data. This was done by exporting the position data via Ranger 2 into a GIS application on the same laptop. In total the setup time was around 90 minutes, 20 to 30 minutes to setup the tracking and around an hour to download, install, setup and test the GIS. There was then a further 30 minutes to run the transceiver calibration. 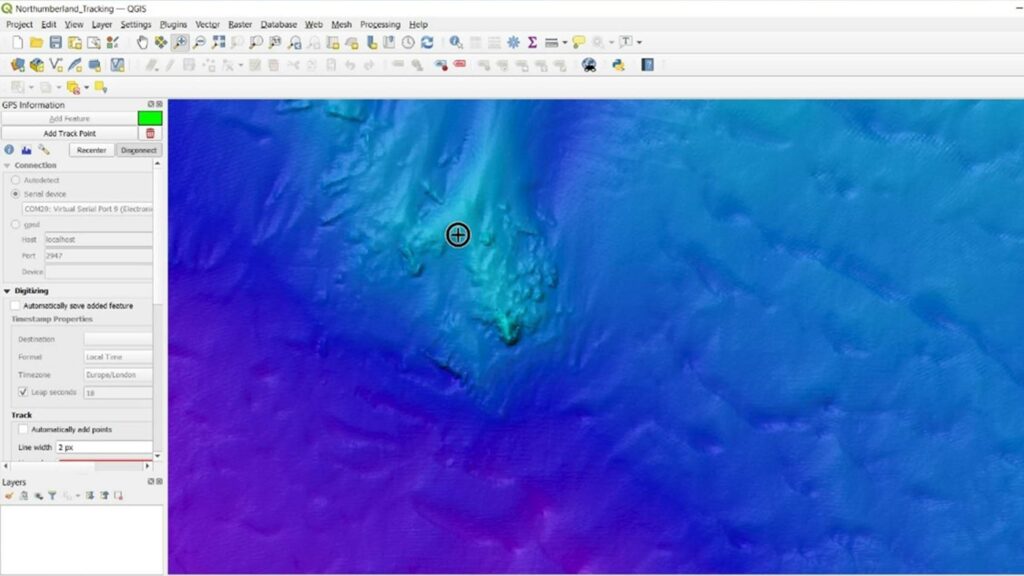 “Within a few seconds of the divers entering the water, the Ranger 2 software started tracking the beacons and displayed the positions on the screen,” says Mark. “The position of the diver was then visible in real time within the GIS program. Once tracking the diver, the topside supervisor was able to guide them to, and around, the site using voice communications, recording where they had been and features of interest and descriptions within the GIS. Where particular features required a more accurate position to be taken the beacon was placed on top of the feature for 30 seconds so that an average position could be taken.

“The system was mobilised and used as it came, out of the box, with no additional external sensors. Due to the nature of the project, the boat was constantly mobile and changing speed, distance, and orientation, all of which can influence the absolute positional accuracy. Overall, though, the position of the beacons corresponded with features identified on the seabed by up to two metres, with this reducing significantly when the vessel was closer to the beacons.

“The Micro-Ranger 2 portable system was a very simple and easy solution to track divers with minimal setup and technical knowledge. Considering the environment and how it was used, the level of accuracy was impressive and suitable for most general diver tracking work.”

The results from the dives on the Northumberland will now be analysed by PAS and then shared with Historic England to allow them to aid in their future management of the site.

For MSDS Marine, the work continues, including trialling Micro-Ranger 2 and we look forward to hearing more about the results of their work.

For a full review by MSDS Marine on the use of Micro-Ranger 2, please click through to their blog, here.