A new generation of long range, long endurance autonomous underwater vehicles (AUVs) able to travel from port to port is emerging – with the support of Sonardyne acoustic and optical systems. Ioseba Tena, Global Business Manager for Defence and Robotics, takes a look at one.

The concept of a long range autonomous or unmanned underwater vehicle (UUV) able to travel long distances and quietly and covertly hover in strategic locations is a desired and useful capability in today’s world.

In the defence sector, it would enable increased and extended military surveillance and support anti-submarine warfare (ASW) operations. In the commercial world, a long range AUV that can travel from port, carry out a full route survey and then return home again – without intervention – would eliminate the need for costly and risky launch and recovery operations at sea using ships.

With help from our underwater acoustic and optical positioning and communications systems, steps towards realising this capability are now being taken by Canadian underwater systems specialist Cellula Robotics. 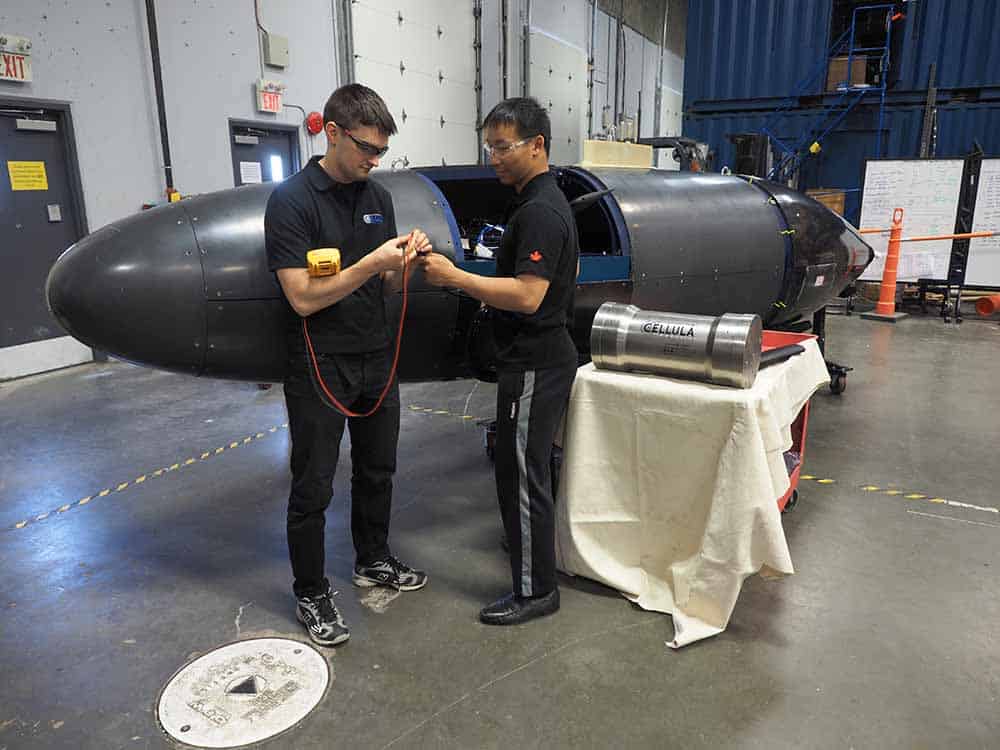 The UUV, which is due to begin sea trials this October, brings together a unique payload configuration innovative onboard power system and integrated navigation and communications suite, in order to meet the DRDC’s All Domain Situational Awareness (ADSA) Science & Technology (S&T) Program objectives, which include enhancing domain awareness of air, maritime surface and sub-surface approaches to Canada, in particular those in the Arctic.

To start with, long-endurance mission capability is being enabled by a new-design high-pressure hydrogen and oxygen fuel cell, delivering 250 kWh of usable energy. But its other secret weapon is a specially designed suction anchoring system, which, deployed via the UUV’s underhull cargo doors, allows the vehicle to tether itself to the seabed in a low-power loiter mode, quietly and covertly listening for a range of targets. 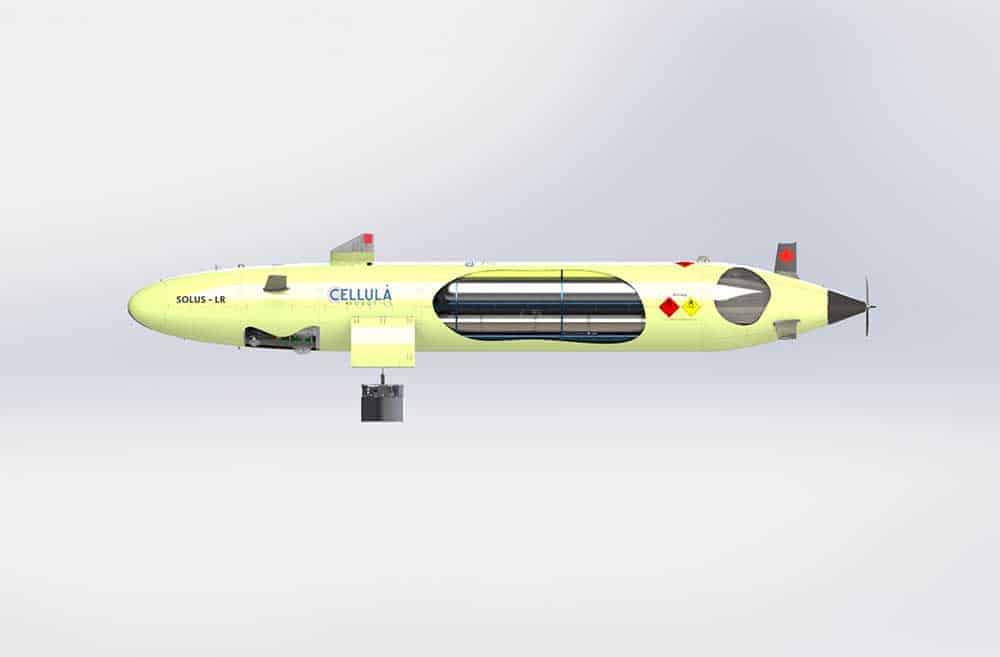 Sonardyne for guidance and communications

Underpinning its guidance and communications – the backbone of any long-duration underwater vehicle – is a suite of our trusted 6G positioning and communications acoustics and high speed optical modems. Critically, to aid the Solus-LR on its multi-month missions, Cellula has integrated our SPRINT-Nav hybrid (Doppler and inertial) navigation instrument. SPRINT-Nav is already proving its worth on deep water autonomous underwater vehicles (AUVs) and remote operated vehicles (ROVs) globally and this is just the latest testament to the performance it offers.

Its high performance is crucial to enabling prolonged autonomy over long ranges. By limiting error growth through dead-reckoning, SPRINT-Nav enables underwater vehicles to travel for longer without surface support. The alternative – i.e. poor navigation performance – would limit the autonomy of the vehicle and therefore its usefulness.

For Cellula, SPRINT-Nav offers not only a high-performance, operationally proven instrument, but also one which is easy to upgrade, thanks to the availability of different grades of Honeywell-engineered ring laser gyros (RLGs) to support different mission performance levels – all packaged in the same form factor. 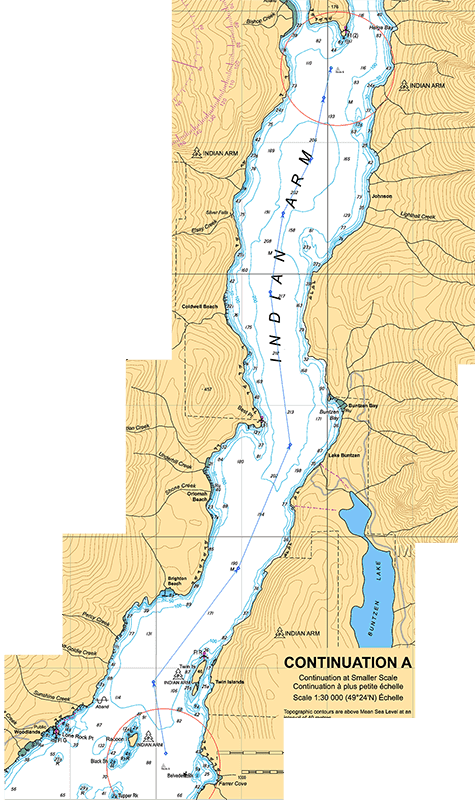 Sea trials start in Indian Arm fjord, near Vancouver, British Columbia this autumn – just 18 months after the project was kicked off. The trial itself will be equally ambitious – requiring Cellula’s Solus-LR to run 10 km laps of a range in the fjord, without surface support for about a month.

Integrating trusted, commercial-of-the-shelf technologies (COTS) like our acoustic, inertial and free-space optical sensors into underwater capability programmes – especially naval ones – has considerable appeal. It reduces cost, reduces risk and crucially means that the time needed for new platforms to enter service can be measured in months not years.

The trial will be supported with Compatt 6 seabed transponders, BlueComm 200 optical modems and our Micro-Ranger 2 Ultra-Short BaseLine (USBL) acoustic tracking system with bolt-on Robotics Pack. This will be used for tracking, telemetry and control, supported by an AvTrak 6 Omni-directional combined transponder, transceiver and telemetry instrument, integrated into Cellula’s UUV.

“At the north end of the range, a Compatt 6 will be deployed and surveyed to provide a navigation update to the SPRINT-Nav,” says Cellula’s Business Development Manager, Adrian Woodroffe. “Meanwhile, the south marker will have a Micro-Ranger 2 installed on a surface buoy for acoustic telemetry and position updates and Sonardyne’s BlueComm subsea optical modem installed on a seafloor lander connected to the buoy. The surface buoy will have a cellular data link providing a communication link back to our office.”

“During the demonstration mission, Solus-LR will operate submerged and truly autonomously without a chase boat. Solus-LR will check in with us approximately every six hours as it passes the south marker, with low bandwidth status updates via an acoustic link using the AvTrak 6 on the AUV and the Micro-Ranger 2 on the buoy. Here, it can also receive mission updates and transfer large log files using the high bandwidth BlueComm link. At the North end of the range, the SPRINT-Nav will autonomously use the seafloor Compatt 6 to reduce the INS drift and correct any accumulated position error since the last update.”

Throughout, our application engineering team will be on hand, ready to help. So, Cellula is not only supported by the full range of instruments it needs for the Solus-LR – all from under one roof – but also the engineering support it needs to get the best value from its instruments and us.

We look forward to supporting the trials and seeing the Solus-LR take the next step. The end result could offer new capabilities for defence, survey and monitoring applications, all Sonardyne supported. Get in touch if we can help you achieve your subsea long range autonomous vehicle goals.