In his second blog on measuring the restless earth, Geraint West, Global Business Manager for Ocean Science, explained how Sonardyne technology is being used to measure underwater landslides down the sides of Mount Etna. In this, his third blog, in a three-part series, he explains how an emerging technique called GPS-Acoustic (GPS-A) is having a major impact on the way scientists understand subduction zones, which could in turn increase the possibilities of being able to predict tsunamis and earthquakes.

While direct ranging produces detailed relative measurements, measuring the movement of a submerged oceanic tectonic plate that is colliding with a continental plate requires absolute positioning within a world reference frame. While the techniques for doing this on land are quite mature, complementary underwater observations rely on an emerging technique called GPS-Acoustic (GPS-A).

GPS-A combines GPS and acoustic measurements. Firstly, the acoustic transducer on a surface platform is positioned with highly accurate kinematic GPS and an attitude sensor. Secondly, simultaneous acoustic ranging from the surface transducer positions a seabed transponder. By undertaking averaged observations over several days, it’s possible to achieve world geodetic frame positioning to centimetre-level. Repeating these observations once or twice a year yields absolute measurement of change in seabed position.

The GPS-A technique was first developed by Scripps Institution of Oceanography in the 1980s, with the first site established offshore Vancouver Island in the mid-1990s. However, these early GPS-A stations were costly to establish as they were dependent on using a ship or buoy as the surface platform. Since 2013, Sonardyne has provided commercial off-the-shelf technology to underpin Scripps’ GPS-A work, including development of a modular payload for Liquid Robotics’ Wave Glider unmanned surface vessel (USV), which has now provided the capability to perform these observations much more economically.

The problem is that, in comparison with many other subduction zones, NEPTUNE’s seismometers are observing relatively low levels of small earthquake activity, which are normally used as indicators of future larger events, resulting in many questions about what is happening at the CSZ. Establishment of the NCSZO GPS-A stations has therefore become critical to resolving the ambiguity between two separate models that have been developed for Cascadia. In one, the JdF oceanic plate is subducted very slowly beneath the North American continental plate, releasing strain as it creeps along with minimal seismic activity. In the other, the two are locked together, causing a dangerous build-up of strain, which could ultimately be released in what Pacific Northwesters refer to as the “Big One.” Led by the University of Victoria’s ONC initiative and including the Pacific Geoscience Centre and Scripps Institution of Oceanography, the aim of the NCSZO is to use GPS-A to reveal which parts of the CSZ are creeping and which are locked.

Lying just 50 km offshore, the CSZ poses the very real threat of both earthquakes and tsunamis to a series of major cities on the Pacific North-West region of America, ranging from Portland, in the south, to Vancouver, in the north. Scientists therefore have high expectations of the NCSZO, which will be deployed during 2019, for an initial planned duration of seven years. In ONC Senior Staff Scientist, Science Services Martin Heesemann’s words, “data provided by the NCSZO are certain to enable major breakthroughs in the scientific assessment of earthquake and tsunami risks related to the CSZ.”

The emergence of technology capable of investigating such varied processes on the seabed is timely. Previously, studies have been limited to capturing just snapshots of the processes at work, often with spatial and/or temporal constraints, which have led to incomplete, flawed or ambiguous conclusions.

These new capabilities are therefore heralding a new era of sustained seabed observation with the ability to measure events at high resolution in both space and time, over decadal timescales. Exploitation of these capabilities is still in a nascent stage, but, as we have seen across these three blogs, focusing on the monitoring of our restless earth, underwater, the synergy between earth scientists and Sonardyne is strong and likely to help develop further future capabilities.

After the Doctorate – applied ocean science with Sonardyne 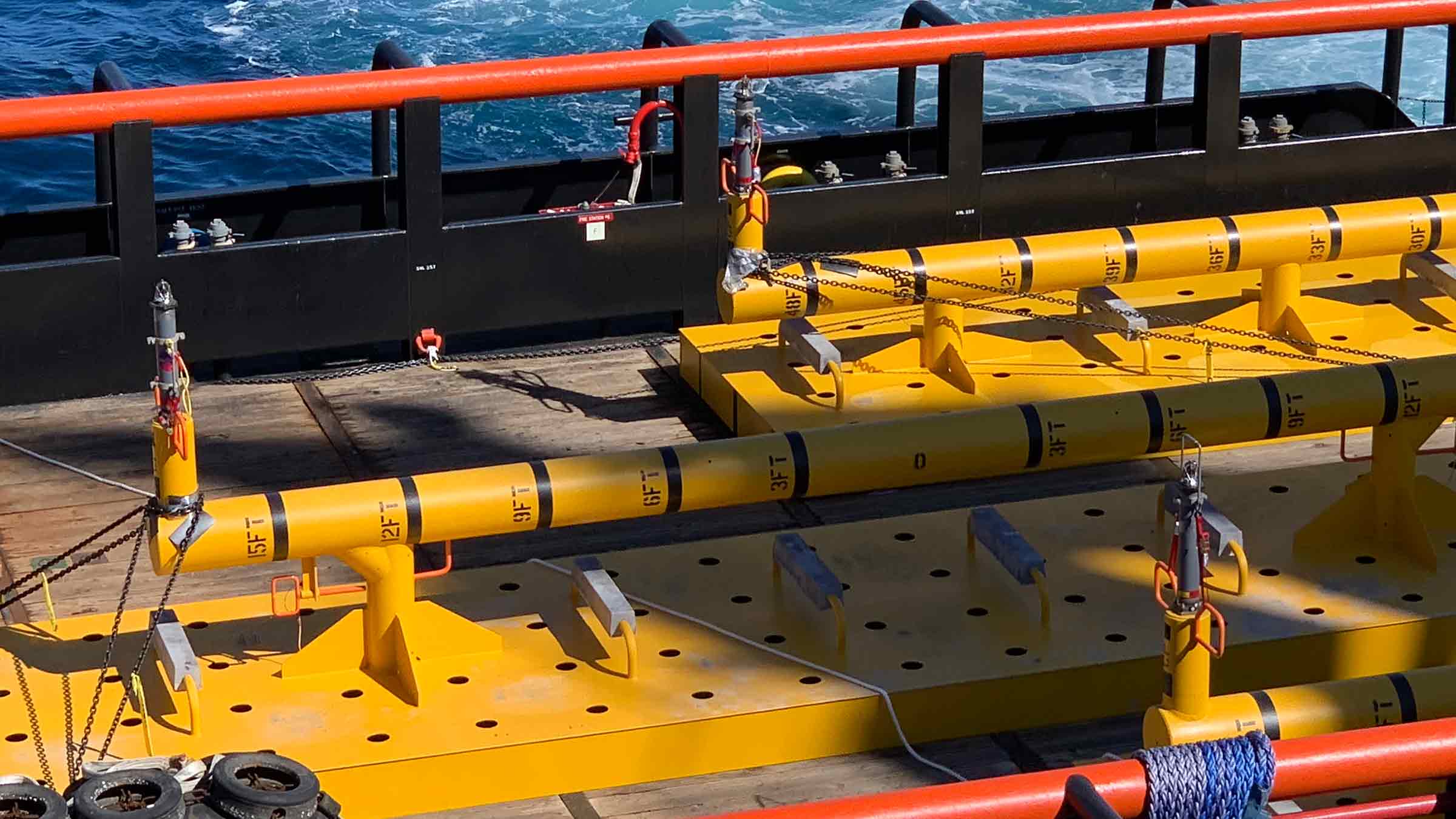 Exciting doesn’t cut it when it comes to marine robotics