The future of our oceans is unmanned

Google cars, Amazon drones, Uber self-driving taxis, pilot-less trains. Proof, if needed, that the age of the robot is finally upon us. They may not look human; they may not be sitting next to us, but given the staggering advancements being made on almost a daily basis, it will be a case of when, not if. 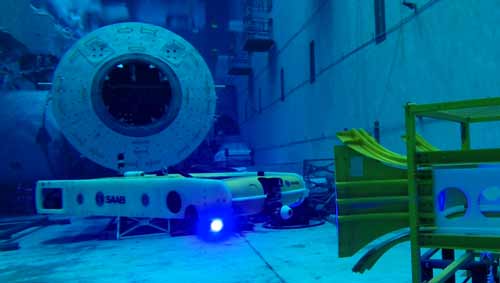 For those of us working in technical industries, it is no surprise that robots are becoming common tools accessible to all. In the marine industry, Remotely Operated Vehicles (ROVs) have been used for decades. ROVs changed the game, making it possible to reach untapped oil reservoirs in thousands of metres of water, work around the clock and remove the risk of sending divers to work. More recently, Autonomous Underwater Vehicles (AUVs) have also established themselves. World navies use them, for example, to help with the difficult and dangerous task of finding and disposing of underwater mines. All the signs indicate that these systems are becoming more widely accepted and with mission endurances increasing all the time, their use is expected grow.

However, unlike consumer operated drones, these marine platforms require a team of highly trained specialists to operate them and operations must be run from vessels that have been specially adapted to look after them. And that means only one thing – $$$$$. But high running costs are a problem that many developers are starting to tackle. They are working to make the platforms more accessible, to simplify the work of the operator, to build systems capable of taking care of themselves.

Just as the consumer world is coming to terms with sharing the roads with driverless cars and packages that deliver themselves, wider acceptance of marine robotic systems comes down to trust. Can we trust that the robots that we produce will do what we want them to do?

Trust has to be earned 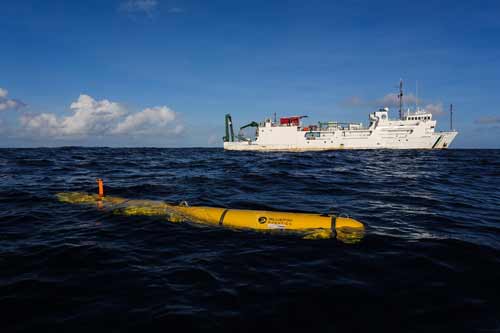 n the maritime domain, just as in life in general, trust is hard earned. Often, robots are working in inhospitable and remote environments. You need, and want, to trust that your robot is doing the right thing, but you are not there with it, guiding each of its decisions and actions. In the case of a ROV, your robotic platform may be operating at thousands of metres of depth controlled via a tether and a human pilot in the chair. In the case of a tether-less AUV, it will be working through an acoustic link and may not even be able to take simple, direct instructions. Unmanned Surface Vehicles (USVs) often operate ‘over the horizon’ or thousands of nautical miles from your office controlled by satellite communications. Regardless of which platform you use, and your concept of operations, the bottom line is that you need to trust it by building a track record of success.

How do you do this when taking your first steps with a new robot?  We take baby steps. We monitor it, we communicate with it and we take control. Soon we will become more aware of how the robot behaves and we will settle into a pattern of operations which are predictable and which we can trust. 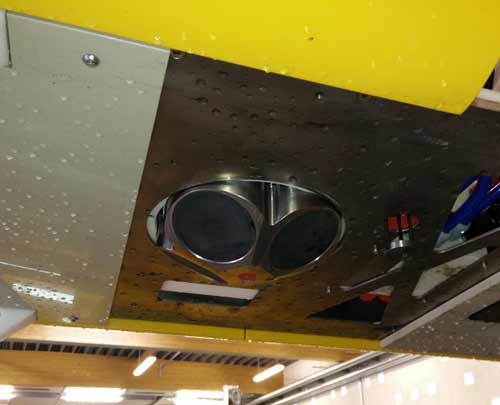 It’s important that we make this work happen. As of today, only 5% of our planet has been explored yet it provides 50% of our oxygen. In fact, we know more about the surface of Mars than we know about the Earth’s ocean bottom. Initiatives like the Shell Ocean Discovery XPRIZE recognises that more needs to be done and it has set out a challenge to develop robotic systems that will launch from the shore or the air and will be able to carry out very accurate surveys and inspections of the seafloor.

How do we interact with these robots? Helping to monitor, communicate and control our robots requires a lot of effort. To do so we must solve challenges thrown at us by the environment. Underwater, everything is complicated by the fact that electromagnetic waves dissipate quickly meaning we can’t make use of the GPS technology that’s in every smart phone to localise our submerged robots. Video monitoring is also limited to tens of metres in exceptional circumstances when the water is clear. Where is my robot? What’s around it? What will it need to do next? These simple questions can’t be answered by using tools developed for autonomous cars or drones. Instead we have to use sound to communicate and explore over long distances.

This is where we come in. We are industry leading when it comes to providing tools to help ROVs and their operators find their way. We are helping AUVs too – both to find their way and communicate large volumes of data over significant distances without a physical link. And we can even help your USV track and command an AUV – effectively a robot controlling a robot!

During 2017 and beyond, I hope to shine the spotlight on some of these tools. How and where they are built. I also want to get behind the mind of the developers. What were they thinking when they designed them? What challenges did they face?

And of course, I plan to explore how they are being used. Follow my blog as we take a journey to help us understand the technology. Get in touch any time